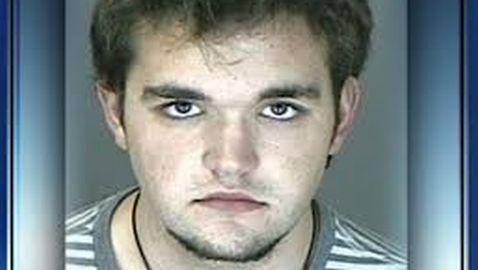 During a preliminary hearing on Friday, portions of a 911 call by murder suspect Austin Sigg were played for the court. During part of the call, which took place on October 23, Sigg is heard telling the dispatcher, “I murdered Jessica Ridgeway. I have proof that I did it.”

He informed the dispatcher that some of the girl’s remains were in his mother’s house in a crawl space. The girl went missing on October 5 after she left her home to meet a friend just two blocks away so they could walk each other to school.


Sigg, 18, has been charged with murder, kidnapping, sexual assault and robbery in Jessica’s death. Added to those charges are three counts of sexual exploitation of a child as child pornography was reportedly found during the murder investigation.

A resident of the neighborhood called officers on October 19 to report Sigg and his fascination with death, according to Westminster Detective Luis Lopez during. A DNA sample was taken by FBI agents on the same day, just four days prior to his mother calling 911. Lopez testified in front of the court that Sigg went to a community college because it offered mortuary sciences.

Four days after the neighbor called, Mindy Sigg told police her son looked sick and that he confessed, saying he was ‘monster.’ She called 911 to tell them her son wanted to turn himself into authorities for the crime. Mindy told the dispatcher, “That he did it, and he gave me details, and her remains are in my house.”


Austin then talks to the dispatcher, saying, “I don’t exactly get why you’re asking me these questions. I murdered Jessica Ridgeway. I have proof that I did it. You have to send a squad car down here, and I’ll answer any questions you want to ask me.”

The dispatcher asked about Austin’s criminal record and he said, “The only other thing that I have done was the Ketner Lake incident where the woman got attacked. That was me.”


Lopez testified that DNA from Sigg was found on Jessica’s clothing, but no semen was found. Sigg had informed officers that he never raped the girl.

“It was a comment he had made right off the bat, `I didn’t rape her. I didn’t torture her.'”

Just five days after she went missing, some of her remains were discovered in garbage bags in a park. At the hearing Friday, investigators revealed for the first time that her torso was in those bags found. Lopez said that the girl dies from asphyxiation.

Arraignment is scheduled for March 12, which is when Sigg will enter a plea.