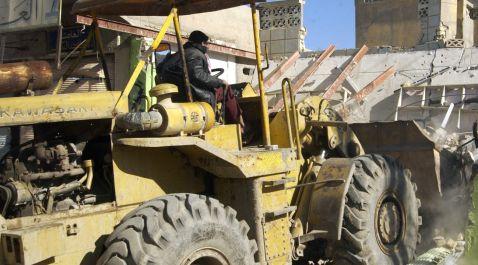 Congress has been asked by the Justice Department to fix a legal issue that obstructs efforts to prosecute civilian contractors in Afghanistan and Iraq who rape, kill, or commit other serious crimes while abroad, according to The Associated Press.

Employees and contractors working for the American war mission overseas are subject to federal prosecution in the United States. On the other side of things, a nonmilitary contractor who breaks laws may not fall inside the jurisdiction of the Justice Department.


“There still is this great vulnerability if these contractors get into some kind of scrape, some kind of problem, and there’s no clear legal path to deal with it. That can be a serious problem,” said Rep. David Price, a North Carolina Democrat. Price is planning to introduce legislation called the Civilian Extraterritorial Jurisdiction Act again. “We just need to give this the priority it deserves.”

Last session, the bill did not get out of the House, but similar legislation passed the chamber years ago. The bill in the Senate passed the Judiciary Committee but did not reach the floor.

“We should not require agents to pay for defense attorneys and risk jail time at the political whim of the Justice Department,” Sen. Charles Grassley of Iowa, a Republican, said during a hearing in 2011.


Using a current law, the Military Extraterritorial Jurisdiction Act, prosecutors have experienced some success. They have been able to go after military contractors and soldiers who commit crimes. Two people convicted under that law include Steven D. Green, a U.S. soldier, and Jorge Thornton, a contractor. Green was convicted of killing an Iraqi family and Thornton was convicted of unlawful sexual contact at a military base in Iraq.


“Cases that would otherwise be straightforward can turn into complex investigations focusing not just on the underlying criminal conduct, but also on the scope of the defendant’s employment, his or her specific work duties, and other jurisdiction-related facts,” Assistant Attorney General Lanny Breuer told the committee at the 2011 hearing. “These inquiries about the scope of a particular defendant’s employment can be extremely challenging and resource-intensive, given that they often need to be conducted in war zones or under other difficult circumstances.”