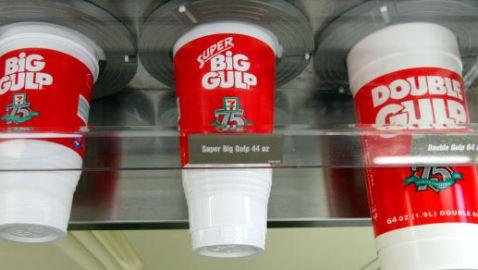 On Wednesday, New York City defended its size limit for sugary drinks despite critics saying that the ban is going to hurt small businesses and minority-owned businesses, according to The Associated Press. The New York State branch of the NAACP and a network of Hispanic groups have entered into a legal battle to block the legislation.

A group that included beverage makers, minority advocates, and restaurateurs told a judge that the 16-ounce limit will hurt small businesses such as hot dog vendors.


“New Yorkers do not want to be told what to drink,” attorney James Brandt said.

“While this may not be a silver bullet that will cure the obesity epidemic, it’s rational … (and) one step that can be taken,” said the city Health Department’s chief lawyer, Thomas Merrill.

The lawsuit was filed by the American Beverage Association and other plaintiffs. It is asking to block to the restriction, which is scheduled to begin on March 12. There was no ruling issued on Wednesday. The plaintiffs are going to ask that state Supreme Court Justice Milton Tingling put the restriction on hold until the case is resolved. Merrill noted that the city is going to oppose any such action.


This regulation is the latest in Mayor Michael Bloomberg’s tenure as mayor of the city. It will bar restaurants and other eateries from selling high-sugar drinks in containers larger than 16 ounces. Fines of $200 could be imposed by violators. Fines will not begin until June.

NAACP officials are concerned that delis and corner stores owned by minorities will be at a disadvantage compared to larger grocery chains.


“We’re paying taxes like every other store. … We should have the same rights that everybody else,” Yolanda Peralta said Wednesday. Peralta is a store manager in East Harlem.

“Given that obesity rates are higher than average among blacks and Hispanics, the NAACP should refuse soda makers’ money and “reevaluate the position the group is taking in New York City,” Michael F. Jacobson, the executive director of the nutrition advocacy group Center for Science in the Public Interest, said in a statement Wednesday.

The NAACP New York President, Hazel Dukes, said, “No one buys the NAACP. Soda makers’ money is not the issue here,” she said. “The issue is fairness.”

Bloomberg has been the mayor of New York City for 11 years. During that time, his administration has forced restaurants to list calorie numbers on menus and banned artificial trans fats in French fries and other foods.