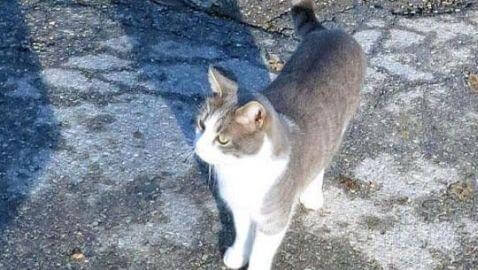 The deceased owner of a very loyal cat has been receiving gifts from the cat each day for more than a year now. The cat, Toldo, is three and lives in Montagnana in northern Italy. Toldo is black and white and visits his owner, Iozzelli Renzo daily. Renzo died on September 22, 2011 at the age of 71.

The story has been told by newspaper Corriere Fiorentino, which says that Toldo brings small gifts to his owner’s grave each day. The gifts typically include plastic cups, twigs, leaves, sticks or paper towels.


“Even today I went to the cemetery with Toldo. On the way back, someone I know told me the cat has already been there early this morning,” Renzo’s widow, Ada, told the Corriere Fiorentino.

Toldo has been noticed walking around the cemetery during the day by neighbors. The day of the funeral, Toldo followed the coffin from the house to the cemetery. The day after the funeral, Ada visited her late husband’s grave by herself. She said the following:

“We went to the cemetery with my daughter and found a sprig of acacia on the grave. I immediately thought that it was the cat, but my daughter was convinced that I was just in a very emotional state at that moment,” she told the newspaper.


Later that night, Renzo’s son visited the cemetery and discovered Toldo standing at the grave.