Got a tip?
Home » Legal News » Court of Appeals Rules Officers Cannot Arrest People Who Give Them the Finger 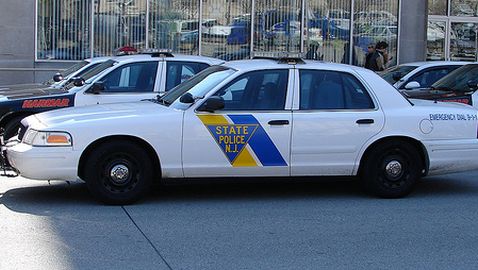 On Thursday, a federal appeals court ruled that a police officer cannot pull over a driver and arrest that driver for the sole reason that the driver gave the officer the finger.

The United States Court of Appeals for the 2nd Circuit issued the ruling, which is 14 pages long, and said in the ruling that the “ancient gesture of insult is not the basis for a reasonable suspicion of a traffic violation or impending criminal activity.”


Two police officers were sued by John Swartz and his wife Judy Mayton-Swartz for arresting Swartz in May of 2006 after he gave a police officer the middle finger. Swartz flipped off the offer at an intersection in St. Johnsville, New York who was using a radar gun. Swartz was charged with violating the disorderly conduct statute in New York. Those charges were thrown out on the grounds of a speedy trial.

Summary judgment was granted by a federal judge in the Northern District of New York for the police officers back in July of 2011. On Thursday, the Court of Appeals removed that decision and ordered the lower court to hear the case once more.

The police officer who pulled over Swartz and his wife, Richard Insogna, said that he pulled the vehicle over because he thought Swartz was “trying to get my attention for some reason.” The Court of Appeals did not believe that explanation, noting that the “nearly universal recognition that this gesture is an insult deprives such an interpretation of reasonableness.”