Got a tip?
Home » Breaking News » Planned Parenthood Takes a Hit in Oklahoma 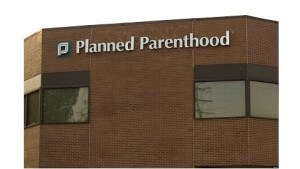 There are some disagreements as to why a Federal Judge let Oklahoma terminate a contract with Planned Parenthood. Ostensibly, the judge cited the failure of Planned Parenthood to respond to state inquiries into how they are managing themselves. Their take on it is that Planned Parenthood elsewhere offers abortion options to women, and so conservatives have it in for them.

U.S. District Judge Stephen Friot cited the legitimacy of the state’s ending of the contract due to Planned Parenthoods performance deficiencies, declining caseloads as insufficient in itself, but he nevertheless upheld it saying “A routine, solvable problem can become a justifiable basis for strong action when it is compounded by persistent unresponsiveness in addressing the challenge. Moreover, the frustrations in getting information out of [Planned Parenthood] on what should have been routine administrative matters rubbed additional salt into the wound.”

As a result, Planned Parenthood may have to close one of their clinics when contracts end Dec. 31.


Planned Parenthood of the Heartland’s President and CEO Jill June responded, saying “We are truly disappointed with today’s court ruling and the impact it will have on the women and children in the Tulsa area who have relied on Planned Parenthood for [the federal Women, Infants, and Children program] and the many other services we provide. While we are convinced of our claim, we will weigh all our possible options going forward.”