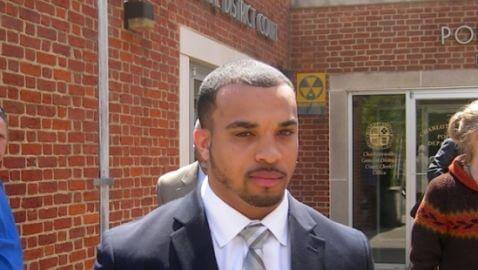 On December 18, Joshua Gomes was sentenced to a three-year suspended sentence in court for breaking into Carruthers Hall at University of Virginia and installing a coat-hook camera in the registrar’s office. Gomes, 26, was also ordered to remain on good behavior for 10 years by Judge Edward Hogshire, according to The Hook.


Gomes was charged initially with two felony counts of armed burglary and one of possession of burglary tools. He pled guilty to one count of felony breaking and entering back in August. Hogshire turned down the request made by his attorney to reduce the charge to a misdemeanor.

During the plea hearing in August, a picture of Gomes was painted that showed him as a man stressed by the demands of law school, debt, parenthood and marriage. He was diagnosed with a pituitary tumor in 2011.

Gomes was trying to intercept a request for a transcript from a New York law firm where he worked as a summer intern because he ‘inaccurately’ reported his GPA, according to a statement from Assistant Commonwealth’s Attorney Joe Platania. On December 18, Gomes’ wife and father filed statements on his behalf that spoke of his behavior becoming erratic of late.


“He started to become distant and disconnected, which was striking because he was usually very close and personable,” his father, the Reverend John Gomes, wrote. The statement was in regards to Gomes’ first winter break during law school at UVA.

Gomes’ father said that his son also struggled from another medical condition.


“The fit, positive, and upbeat guy who I had fallen in love with was now out of shape, his hair was beginning to thin, and he seemed much more reserved, as if he had too much on his mind,” Chelsea Gomes wrote regarding her husband’s behavior during the springtime of 2011. Chelsea said that her husband did not have enough energy to get off the couch and was “irrational and secretive.”

“Oftentimes in determining an appropriate sentencing recommendation, prosecutors look to those that a particular crime has impacted,” says prosecutor Platania. “In this case, there really wasn’t an identifiable victim. Ultimately, the person most affected by the actions of Mr. Gomes was Mr. Gomes. I think Judge Hogshire recognized that and imposed a fair and appropriate sentence.”