Got a tip?
Home » Celebrity News » Kristen Stewart Elaborates on Her Apology and Discusses Where She’s at as an Actress 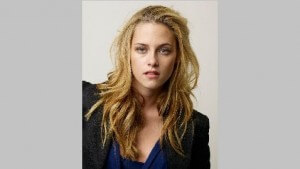 Kristen Stewart apologized for her indiscretion a few months ago when she was photographed with her director for Snow White and the Huntsman, Rupert Sanders, a married man, with her in a relationship with Twilight costar Robert Pattinson, kissing in a passionate embrace. Since then, fan responses have polarized between intense loathing and warm support.

“It’s not a terrible thing if you’re either loved or hated,” said Kristen Stewart in an interview with Newsweek. “I don’t care ’cause it doesn’t keep me from doing my shit. And I apologize to everyone for making them so angry. It was not my intention.”

A weird apology, since she should apologize for doing the wrong, not for the public’s response to it: of course she didn’t intend to piss people off, so apologizing for that is needless.


Nevertheless as she focuses on her upcoming release On the Road, a film adaptation of the classic beatnik novel by Jack Kerouac, coming out Dec 21 (assuming there is a Dec 21), she isn’t letting the vitriolic denouncements of her personality weigh her down.

When asked how she feels about having become the global icon for Bella Swan, the protagonist of the uber-popular Twilight Series, she says,

“The only relief when it comes to Twilight is that the story is done. I start every project to finish the motherf—er, and to extend that [mentality] over a five-year period adapting all of these treasured moments over four books, it was constantly worrying. But as long as people’ perspectives of me doesn’t keep me from doing what I want to do, it doesn’t matter.”


Yet as a celebrity, people’s perspectives are crucial. A critical fan-base can be demoralizing, and can take away an actor’s inspiration and snuff the energy required to bring a character to life. She will have to shake the stigma of her misdeeds, which is a sort of rite of passage in the movie industry.