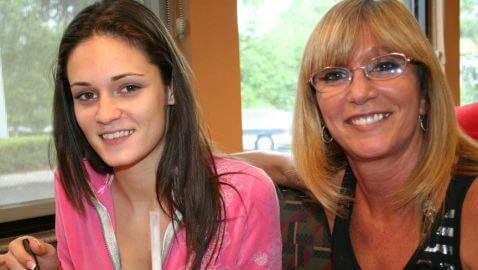 The Huffington Post did a little background check on the two women in order to make sure they actually are mother and daughter and not just making the claim. The driver’s licenses of the women were reviewed along with their private Facebook pages and photos from the family that date back 20 years.


The mother and daughter duo have sex in the same room with the same male and/or female partner in their videos. They maintain that they are not committing incest because they do not touch each other during their scenes.

“We don’t have a problem doing two-on-one,” Jessica, 56, said in an interview with The Huffington Post. “We will have sex with one man, but not interact with each other.”

Monica, who is 22, said that the choreography is more difficult to figure out than what her mom says.


“It’s not easy to do,” she said. “Our lips never touch and that can be a problem when filming.”

The Sexxxtons said that the precautions they take in the scenes helps keep their encounters from being incestuous, which would break the law. The Huffington Post spoke with Dr. Carole Lieberman, a psychiatrist, who said that the mother and daughter duo is committing “emotional incest.”


“This crosses so many lines, it’s like a labyrinth,” Lieberman said. “Even if they’re not having sex with each other, it has to be titillating to one or both or them, so it crosses the line since sexual arousal comes into the mix.”