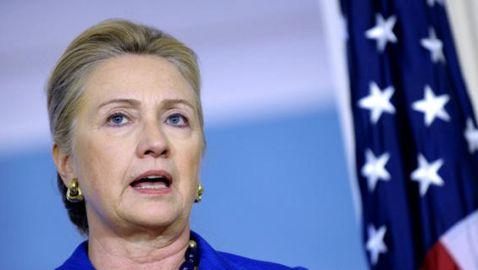 The subject has come up time and again and Secretary of State Hillary Clinton continues to push it aside as much as possible. That subject is her making a run for president in 2016. If Clinton were to make a run, one of her Republican opponents believes that she would obliterate the Republican party in the polls.

Newt Gingrich was on NBC’s “Meet The Press” recently and he said the following: “The Republican party is incapable of competing at that level. First of all, she’s very formidable as a person,” he said. “She’s a very competent person. She’s married to the most popular Democrat in the country; they both think [it] would be good for her to be president. It makes it virtually impossible to stop her for the nomination.”


Gingrich went on to say that Hillary would not only have the support of her husband Bill but also President Barack Obama, who at that time will still be “relatively popular president. Trying to win that will be truly the Super Bowl.”

A recent poll from the Washington Post discovered that 57 percent of people would offer support for Hillary as a presidential candidate in 2016, which mirrors Gingrich’s thoughts on the subject.

As of last April, Hillary told Wolf Blitzer of CNN the following: “Look, I’m flattered. I am honored. That is not in the future for me.”