Got a tip?
Home » Breaking News » McKayla Maroney and Obama are not Impressed 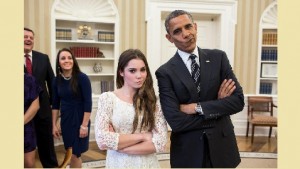 McKayla Maroney became a meme when she made her cutesy scowl about performing less than her best at the Olympics, winning the silver instead of the gold at the vaulting competition. As with all memes, which is entitled “McKayla Maroney is not impressed,” as been photoshopped to dozens of situations McKayla is not impressed about, from Muhammad Ali knocking out Sonny Listonto the killing of Osama Bin Laden. Evidently President Obama is hip enough to know about the meme, because when Maroney and the “Fierce Five,” her teammates, visited the White House, Obama took her aside to talk about the face.

“He was the one who brought it up,” Maroney told The Associated Press. “We were about to leave and he said, ‘I want to talk to you one second about the face.’ He said, ‘I pretty much do that face at least once a day.” 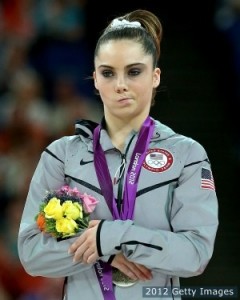 “I, like, freaked out,” Maroney reported. “He said, ‘Let’s do it together.’ We took a picture and now it’s everywhere.”

Indeed the White House released it in a tweet, and it has gone viral on the internet since. That is, viral again, as far as Maroney is concerned.

“It’s really funny,” she said about the photo. “Because it’s like everywhere.” 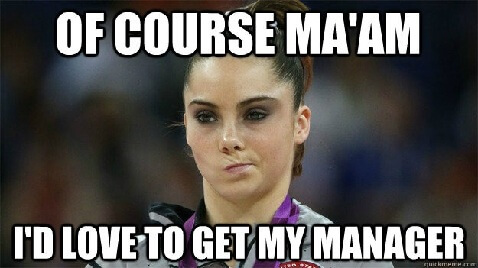 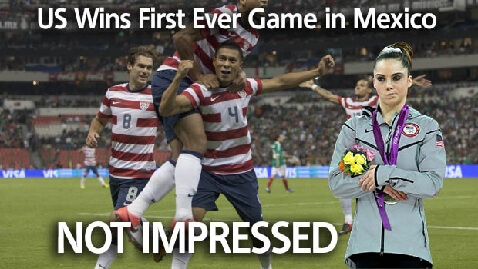