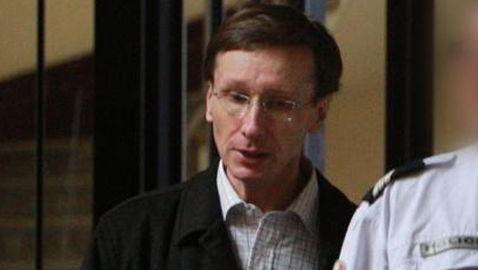 According to the Associated Press, a conviction was handed down on Tuesday for a modern-day Rasputin who had been accused of brainwashing three generations of a French aristocratic family for a decade, which led to him swindling their fortune.

The defendant is Thierry Tilly, who received an eight-year sentence in prison from a court in Bordeaux. Back in 2000 he became a friend and confidante of the Vedrines family. The family has 11 members ranging in age from 16 to 89. He spent nine years manipulating them to believe a secret plot against their lives.


Members of the family believed his story so much that they kept themselves locked in their home for years in fear that they would be murdered. The family sold their worldly possessions, which included their manor, and forked over $5.7 million. The money was put into a fake charity in Canada that Tilly said was created to pay the ‘protectors’ of the Vedrines family.


Tilly had an accomplice, Jacques Gonzalez, who received a four-year prison sentence. Even though he was convicted, Tilly stated his right as a British citizens and said that he is going to take his case to the European Court of Justice. The lawyer for Tilly, Alexandre Novion, said that the family acted willingly with Tilly. The Verdines family is from the village of Monflanquin, which is a 13th-century village.

“These 11 family members aren’t ill, have their feet on the ground, a level of self-awareness. Eleven people manipulated by mysterious forces by a single man? The legal basis for case is weak,” Novion said in an interview with the Associated Press.