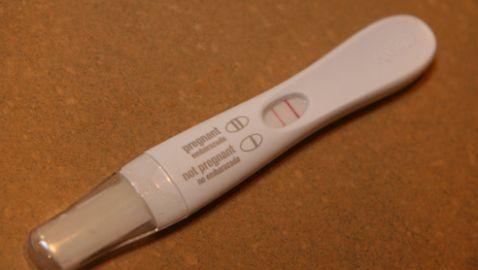 In a very weird story, a user of Reddit decided to post a ‘rage comic’ of that depicts a man who took a pregnancy test and it came back as positive. Other users of Reddit did not laugh at the comic though because they warned that a positive pregnancy test by a man can be a sign of testicular cancer.

One user on Reddit posted the following comment, “If this is true, you should check yourself for testicular cancer. Seriously. Google it.”


Levels of beta human chorionic gonadotrophin found in urine are measured when a pregnancy test is taken by a woman or a man.

“It turns out a fair number of testicular cancers make the same exact hormone,” said oncologist Dr. Mark Pomerantz in an interview with ABC. “There are very few things in the body that produce beta hCG, and testicular cancer is one of them.”

The user, CappnPoopdeck, posted an update with a new comic on his account on Reddit. The comic said that it was a friend who took the pregnancy test. The friend went to a doctor, who discovered a small tumor in the right testicle. Doctors said that it was caught early but hte man could lose the testicle.


“The testicle usually has to come out. But we’re lucky with this disease, in that the vast majority of cases — even if they’re caught further along — are still very curable,” said Pomerantz.

The best way to discover a problem is by performing a self-check. According to Dr. Christopher Wood, who is the deputy chairman of urology at the University of Texas MD Anderson Cancer Center in Houston, a painless lump is the first sign of testicular cancer.


“It’s typically spotted by the guy himself. We recommend men do self-exam in the shower once a month to make sure there aren’t any major changes. If the patient had elevated levels before surgery, you would expect them to return to normal afterward. If they don’t, it means there are residual cancer cells that have to be treated with chemotherapy.”