Got a tip?
Home » Law Students » Alexander V. Sarcione Sr. Passes Away at 86 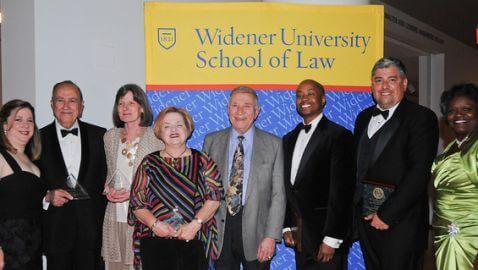 One of the founders of Widener University School of Law, Alexander V. Sarcione Sr., died at the age of 86 at his home on November 3, according to the Philadelphia Inquirer. Sarcione’s son-in-law, Paul Ryan, said that he was ‘sharp as a knife’ the day prior to his death as he was shopping at Brooks Brothers.

Sarcione was born in Providence, Rhode Island but spent the majority of his life in Haverford and Villanova. In 1971, Sarcione was a member of a group of attorneys who founded the Delaware Law School, which became part of Widener. In 2011, the school, located in Wilmington, honored Sarcione saying that he “provided great leadership in [its] efforts to gain accreditation and raise funds.”


Sarcione attended Temple Law School at night while working during the day with his father-in-law in the real estate and jewelry businesses. Sarcione acquired his degree in law in 1963 and was hired to work in the office of the chief counsel for the Commonwealth of Pennsylvania. He remained there into the 1990s.

Sarcione belonged to the Overbrook Country Club, the Lincoln Table at the Union League and the Justinian Society of Philadelphia. Sacrione’s son-in-law described him as “a consummate gentleman, with old-school dignity and perfect manners.” He is survived by his wife, the former Nancy C. Castiglioni; his son and daughter; a brother; a sister; nine grandchildren and three great-grandchildren.