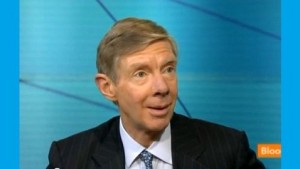 A recent interview between Bloomberg Law’s Lee Pacchia and Adam Smith, Esq.’s Bruce MacEwen addressed the desperate practice of “suicide pricing” that certain Big Law firms have resorted to as a way to get any business at all, even if at a loss rather than a profit. MacEwen talked about the “excess capacity” many law firms have, and noted that these tactics of working at a loss happen “across the board … it’s happening with the white shoe firms in New York … in the MLaw 40 to 80 … its not a problem facing a unique segment of the industry.” Though the practice is “somewhat isolated at this point” as MacEwen states, such practice is both telling of how things are and how they might become.

The problem with “suicide pricing” is, of course, the suicidal results. MacEwen says that “a large firm cannot lose money even for one year and remain viable.” Such pricing also gives customers the sort of mentality department stores customers have, that they should hold out for the very low prices.

With legal process outsources (LPOs) expected to grow 85 percent (reaching 4 billion in 2014), and with such acts of desperation as this, MacEwen opines that another round of layoff is “entirely possible.”


The questions firms are asking themselves, he says, is “how do you cut partner compensation systematically and survive without triggering a run on your own bank?” The answer to how to survive this “restructuring period,” he says, is that the “industry is going to have to restructure itself in a way that’s on nobody’s radar today.” Which he explained as meaning that leverage is now too high, and notes the threat of the LPOs.

The coming changes, requiring graphic restructuring, are recognized by some, and not others: “Some firms get it completely; other firms just are hoping they can hold their breath and it will be 2006 again.” Unlike airlines who pull out of such “excess capacity,” law firms are not likely to pull out again.