Got a tip?
Home » Breaking News » Man Arrested After Accidentally Turning Himself Into Police 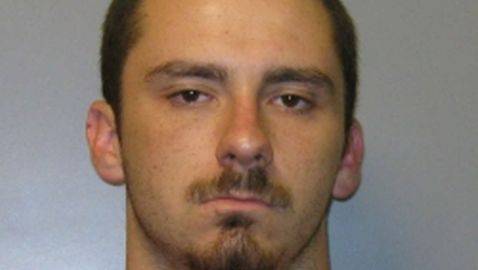 “Some people aren’t as bright as they think they are,” Buchanan said. Buchanan suffered fractures along the right side of his body in the incident. “You don’t go to somebody’s house, steal something from them, run over somebody that is there, and then go file a report against them. How’s that going to work?”


Washington’s vehicle was parked in the front yard of the Buchanan household and was discovered there by Buchanan’s dad. Buchanan was told by his dad to try to find the VIN number of the car while he looked for Washington, who was hiding in a shrub.

The incident turned violent when Washington made a break for his vehicle. When he got in he tried to run over Buchanan and his grandfather, who happened to be armed. The grandfather fired two shots at the car that did not connect.

“Well when [Washington] jumped out, the man jumped in his car, and threw it in drive and took off and pinned me between his car and my truck,” Buchanan said.


Washington has been charged in the incident with unlawful breaking and entering, third-degree burglary and attempted murder.