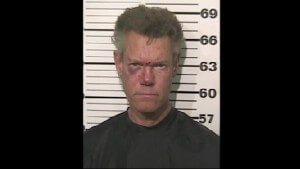 Country star Randy Travis might soon be singing the blues after his second fiasco this year involving public intoxication. This time he was found nude, rude, and ready to kill after he crashed his car west of Tioga, Texas.

Police arrived to find Travis lying naked in the street. His crashed heap of a Trans Am at the side of the road clarified how he probably got into that position, but as they tried to arrest him he threatened to kill the troopers.

After word got out that the country star was in jail, fans and a warm-hearted lawyer visited him to help him out; he was released on a $21,500 bond Wednesday morning.


Once the demon water had worn off, Travis was prepared to apologize.

“I apologize for what resulted following an evening of celebrating the Super Bowl,” said Travis. “I’m committed to being responsible and accountable, and apologize for my actions.”

Perhaps more than superbowl revelries inspired his careless behavior. He is also steeped in court proceedings subsequent of his 2010 divorce of his wife and former manager after 19 years of marriage. She filed a suit this year claiming Travis made managing him impossible, and that he terminated her contract without due notice. He allegedly had her office cleaned out by several men and an armed guard.


The kind lawyer who showed up to help Travis, Gary Corley, explained that Texas is a close knit community and that he wished to “do the humanitarian thing,” in helping Travis out. He also offered his hat to Travis so the country crooner could dodge the cameras on his way home.