On Sunday, President Barack Obama spoke about the allegations made against some of his Secret Service agents, saying that he would be angry if those allegations turn out to be true. Obama made it clear that the agents represent the country and should conduct themselves with utmost respect and dignity no matter where they are in the world. Obama was at a Latin America summit when the allegations were announced. Eleven agents were sent home by the Secret Service and placed those agents on leave due to misconduct until the allegations are reviewed by the agency.

“I expect that investigation to be thorough, and I expect it to be rigorous,” Obama said. “If it turns out that some of the allegations that have been made in the press are confirmed, then of course I’ll be angry. We are representing the people of the United States, and when we travel to another country, I expect us to observe the highest standards.”

The announcement of the allegations followed Obama all over Colombia as he tried to stay on topic with the media about the trade relations of the United States with countries in Latin America. Obama was asked a question about the allegations while standing close to Juan Manuel Santos, the president of Colombia, and tried to discuss the agents who protect him each day.


“These men and women perform extraordinary service on a day-to-day basis protecting me, my family, U.S. officials,” Obama said. “They do very hard work under stressful circumstances and almost invariably do an outstanding job. So I’m very grateful.”

Five U.S. military service members were also alleged to have been involved in the incident.


Representative Darrell Issa, from California, is the chairman of a House investigative panel. Issa said he is not sure if hearings will be conducted regarding the allegations against the agents. Issa is the head of the House Oversight and Government Reform Committee.

“Things like this don’t happen once if they didn’t happen before,” Issa said. “It’s not about whether the president was in danger this time. It’s whether or not you need to make changes so the American people can have confidence in all of their workforce.” 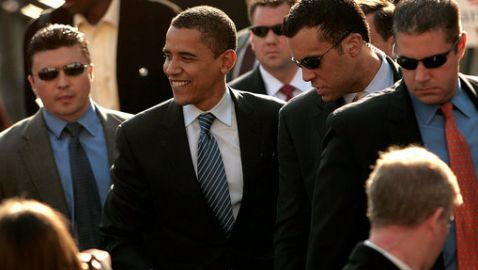 Maslon LLP is seeking attorney candidates with at least two years of experience to work in our Corpo...

SCOPE OF RESPONSIBILITY:  This position will work within our Estate Administration Department.&...

The Rodriguez Law Group is one of the top criminal defense law firms in Southern California, as feat...

Job description Job Description We are consistently experiencing growth and are looking for an...