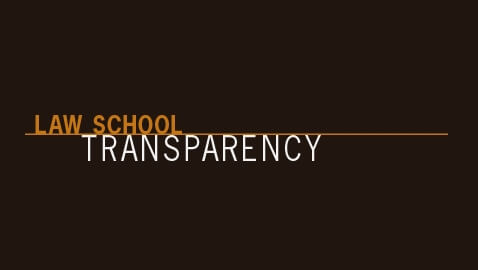 As a result of pressure for law schools to give students better information regarding job placement, job details for law school graduates have been released.

If you attend a private law school, you can exit with over $106,000 in debt, which is the average right now. Law schools across the country have been hit with major scrutiny because of their post-graduate job data within a gutted legal market. Within the previous year, 15 law schools have been sued by law students who claim fraud on the part of the data released by those law schools.


On Wednesday, the nonprofit group known as Law School Transparency said that it had received job data from 32 different law schools for its graduates in 2010. Supposedly, this information has more information than the data released by the American Bar Association. The 32 schools that provided information make up about 16 percent of the 200 accredited law schools within the American Bar Association. These schools provided data for temporary employment, part-time employment and jobs that do not require a degree in the legal field.

The nonprofit organization was formed back in 2009 by two Vanderbilt University Law School students. The organization‚Äôs main goal is to show students how valuable their law degree can be for them. Law school deans from universities within the ABA received letters from the nonprofit group back in December. That letter requested information from the schools about graduation numbers.

“Our hope is that these 32 schools pave the way for the other schools,” said Kyle McEntee, executive director of Law School Transparency.


Some of the schools that provided information to the nonprofit organization include the following: