Got a tip?
Home » Home » In-House Attorneys Hit With Layoffs 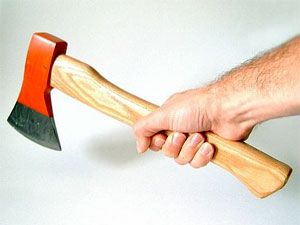 Firms including Hyatt, Cigna, General Electric, Motorola, Merrill Lynch and Yahoo! have cut the number of attorneys in their law departments during the past year, as corporations slash budgets in the economic meltdown.

This year the Association of Corporate Counsel’s membership has dropped for the first time since 2003, declining by almost 6% to 23,396 this month after average 10% annual increases.

While employing in-house counsel can save money compared to the cost of an outside firm, at some point legal work dries up enough to justify laying off a corporations lawyers.


Fairfield, Connecticut’s General Electric has cut lawyers across the country. Chicago’s Motorola has laid off attorneys in the Midwest.

In December, Yahoo! dismissed attorneys as part of larger layoffs.

Hyatt said it has “eliminated a number of positions” in the law department as part of a corporate restructuring that “re-engineered its methods of supporting its internal clients.” Um, what?


Time Warner has cut its legal department from 40 to 30 by dismissing some lawyers and not filling vacancies when others left.