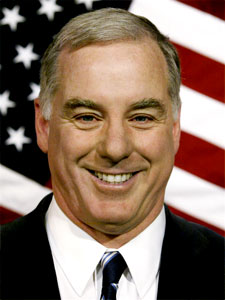 As a senior strategic adviser and independent consultant, Dean will consult with clients on a variety of public policy issues, with a focus on health care, energy, and public-private partnerships at the state and local level.


The move to the private sector comes shortly after President Barack Obama bypassed the former governor of Vermont as his choice for secretary of Health and Human Services, in favor of Governor Kathleen Sebelius of Kansas.

“I was pretty clear that I would have liked to have been Secretary of HHS but it is the president’s choice and he decided to go in a different direction,” Dean said in an online interview.

Atlanta-based McKenna, Long & Aldridge LLP was ranked the 100th largest law firm in the country by the National Law Journal in 2007. The firm also ranked 141st in profit per attorney on the 2007 AmLaw 200 survey.