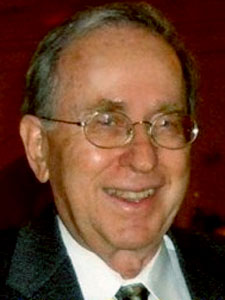 A former lawyer, who was disbarred in the 1980s taking client escrow funds, has been charged with defrauding investors of out of millions of dollars as a hedge fund manager.

Say, Buffy, let us invest our wealth with the fellow who was disbarred for stealing funds!

Arthur G. Nadel, 76, made his initial appearance before a federal magistrate judge in the Middle District of Florida in Tampa. He turned himself in after spending two weeks on the lam. Next he will be charged in New York’s Southern District, where he faces securities and mail fraud allegations brought by prosecutors who say more than $200 million is missing.


Nadel, prominent in Sarasota, Florida social and philanthropic circles, claimed to investors and partners that returns on investments in two groups of funds he managed from 1999 through 2007 averaged more than 20% per year. Sound familiar?

FBI Special Agent Kevin G. Riordan tied Nadel’s flight to the publicity from the December arrest of Bernie Madoff in a multi-billion dollar Ponzi scheme. Nadel fled after a business partner, concerned about the Madoff affair, asked Nagel to audit the funds he ran.

Nadel left a note telling his family he would not return, and advising his wife to get a hold of certain funds before it was too late. He also said he might kill himself.


Nadel advised six funds divided into two groups. Hundreds of investors put $210 million into one group, several gave $60 million to Nadel to invest in the other. But by the end of 2008, there was less than $125,000 left in the two groups.

A 1957 graduate of New York University School of Law, Nadel was admitted to the New York bar in 1958, but lost his license to practice for taking client escrow funds.


Photo via May Blog.