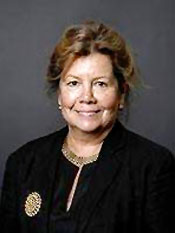 Attorney Kathleen Leavey, head of the City of Detroit Law Department, has resigned after referring to one of the city’s courts as “a ghetto court.”

Leavey said her comment was taken out of context. The 23-year city employee adamantly denied allegations from a city judge that her words were racist and insulting to the predominantly black court.

“I am not a racist,” Leavey told the National Law Journal. “My reputation is at question.”


The controversy stems from a conversation that Leavey held last week with court staff about financial support for the court, and a recent $400,000 legal judgment against the court. According to Leavey, she told an administrator that “people regard this as a ghetto court because of the way they treat people.” She explained that she was referring to a poorly managed court.

But 36th District Court Chief Judge Marylin Atkins reports a different version. She said that Leavey told her judicial assistant, ” ‘When you stop acting like a ghetto court, maybe the city will be more inclined to pay your operations.’ ”


“I thought it was very insulting and racist to the court and the city of Detroit,” Atkins said. “It doesn’t matter to me what her explanation is. Referring to this court, with that word … it was insulting.”

Atkins also expressed her outrage in a letter, which she delivered to several judges and the mayor’s office.


Leavey said she resigned at the request of the mayor’s office. She has since returned to her former job as an attorney for the Law Department, as allowed under union rules that lets mayoral appointees return to their previous civil servant jobs.

Since resigning she also has sent a letter to the mayor’s office, asking it not to accept her resignation.

“I do not know that any effort to get my job back will be successful,” Leavey said. “[Atkins’] comments have made it difficult for me to move forward.”

Leavey was hired to head the department in September to replace John Johnson, a key figure in the text message scandal that drove former Mayor Kwame Kilpatrick from office.