Got a tip?
Home » Home » Judges to Lawyer: No “Right to Criticize Judges” 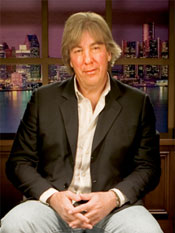 The 6th US Circuit Court of Appeals ruled Fieger was not wrongfully punished for lambasting three judges on a 1999 radio show, when he called them “jackasses” and compared them to Nazis for overturning a $15 million verdict.

The Michigan Supreme Court ruled in 2007 that Fieger violated state rules of professional conduct with his “rude and vulgar” comments, and reinstated a formal reprimand against him.


Fieger sued the Michigan Supreme Court over the state rules, which require lawyers to use “civility” when they criticize judges.

A federal district judge declared the rules overly broad and unconstitutional. The 6th Circuit overturned that decision, holding that Fieger can’t prove “actual present harm or a significant possibility of future harm based on a single, stipulated reprimand.

The Court emphasized that Fieger violated the rules, not because he criticized judges, but because he made vulgar, personally abusive comments about participants in a pending case.


In a dissent, Judge Gilbert Merritt expressed skepticism about the rules for punishing misbehaving lawyers, holding the rules remain unclear about what is permissible or impermissible for lawyers to say about judges.

Fieger, a former lawyer for “suicide doctor” Jack Kevorkian, was the center of controversy last year over a series of television commercials he ran during his trial, in which he compared the Bush administration to Nazis, and claimed that trial lawyers were under attack from the federal government. A judge ordered Fieger to yank the ads after prosecutors complained he was trying to taint the jury pool.