Got a tip?
Home » Legal News » DirecTV Sued After a Family’s Service Call was Answered by Sex Offender 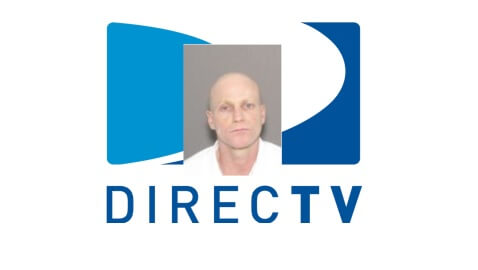 A Dallas family finally sued DirecTV after their service call was answered by a registered sex offender who took photos of their 12-year-old girl. Though they initially sought to discuss the matter with DirecTV, they received no response, and finally filed the suit on the eve of the Statute of Limitations, last Friday.

Though DirecTV claims no affiliation with the company who answered the service call, and least of all with the man who came along with the service man, Wahren Scott Massey, 48, who took the pictures, the family wants them to take responsibility for knowing who it hires.


The entire family was home when the servicemen arrived, but the mother was busy attending an infant, and the others were preoccupied. Massey discovered the 12-year-old doing some stretches for gymnastic and asked to take photos of her with her legs in the air. He also requested she keep quiet about it. Nevertheless, she promptly told her mom, and the police arrived before the two servicemen had left.

A criminal background check revealed Massey had been registered as a sex offender in Texas since 1998. He subsequently was charged with criminal trespassing, and ultimately plead guilty to attempted indecency with a child and attempted sexual performance of a child. He received a four-year prison sentence for the crime.

“This is a public safety concern. This is a danger no one wants coming into their home,” said the family’s attorney, Rob Crain.


He further explained that, “We sent a certified letter that we know was received, tried to get through on the phone system, sent multiple e-mails that were received. We sent letters directly to legal counsel for DirecTV. We contacted lawyers we know did work for DirecTV thinking they could get in, but to no avail. So, we filed this on the eve of the statute of limitations. This is not what they wanted to do. But we decided, as a family, we were not going to leave this public-safety concern alone.”


DirecTV, meanwhile, denies responsibility, telling News 8 that “The information you have is incorrect. The subject you are speaking of has no affiliation with DirecTV whatsoever. The actual installer was a Mastec contractor who, in violation of company policy, brought the subject with him. The relationship between Mastec and the contractor was terminated. DirecTV installation contractors and sub-contractors are required to complete a background check before being allowed to perform any installation services.”

Though DirecTV denies Massey was an employee, the police report maintains they “both stated they were independent contractors/installers” for DirecTV.