Got a tip?
Home » Breaking News » Levi’s Mantra Includes Not Washing Your Jeans 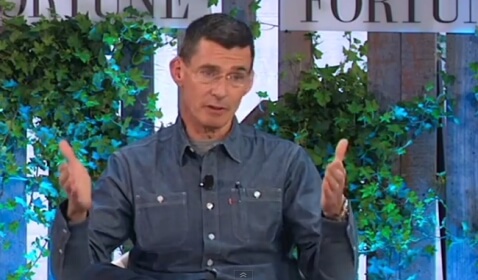 According to a report by the New York Times, the Levi Strauss Co. began “featuring stone-washed denim smoothed with rocks but no water” in 2011 while also encouraging consumers to wash them less. The CEO of Levi Strauss CEO, Chip Bergh, recently spoke out about his own laundry habits at Fortune’s Brainstorm Green Conference, where it challenges those highest on the corporate ladder to “take the corporate sustainability movement to the next level.”

Levi Strauss & Co. is known worldwide for its Levi’s brand of denim jeans. Chip Bergh said that, “We are the ultimate in sustainable apparel.” Bergh said according to the Huffington Post that, “If you buy [our jeans] they will last a lot longer than most people’s waistlines will.” Chip Bergh reported that he has not washed his own jeans in over a year.


According to The New York Times, Levi Strauss leads the apparel industry in trademark infringement cases, filing nearly 100 lawsuits against competitors since 2001. Most cases center on the alleged imitation of Levi’s back pocket double arc stitching pattern.

The Huffington Post has reported that Anderson Cooper and Tommy Hilfiger are other interesting figures who have been spotlighted in the jeans “no wash” movement, although stylist and fashion consultant Stacy London has argued that a few washes per six months is probably the healthiest.

On May 8, 2013, the NFL’s San Francisco 49ers announced that Levi Strauss & Co. had purchased the naming rights to their new stadium in Santa Clara, California. The naming rights deal calls for Levi Strauss to pay $220.3 million to the city of Santa Clara and the 49ers over twenty years, with an option to extend the deal for another five years for around $75 million.