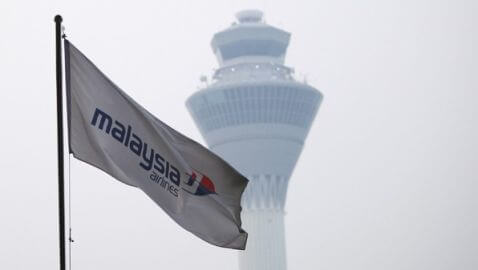 Malaysian Prime Minister Najib Razak announced during a press conference Monday that missing flight 370 crashed in a remote area of the Indian Ocean, according to the Associated Press.

The announcement came from new analysis of satellite data two weeks following the plane’s March 8 disappearance. The flight was en route to Beijing from Kuala Lumpur. The location of the plane has still not been pinpointed, but it is very likely that the plane is at the bottom of the ocean.


The data analysis from the satellite image came from Inmarsat.

Razak said that the plane flew “to a remote location, far from any possible landing sites.”

“It is therefore with deep sadness and regret that I must inform you that, according to this new data, Flight MH370 ended in the southern Indian Ocean.”


Teams of scientists and search personnel have been looking for the plane since it disappeared more than two weeks ago. Those involved in the search come from at least 26 nations.

In a statement to the families, Malaysia Airlines said, “our prayers go out to all the loved ones of the 226 passengers and of our 13 friends and colleagues at this enormously painful time.”


“We know there are no words that we or anyone else can say which can ease your pain,” the airline said. “The ongoing multinational search operation will continue, as we seek answers to the questions which remain.”

According to officials, the plane automatically sent a ‘ping’ to the Inmarsat satellite each hour despite other communication systems on the jet being shut down. The pings did not provide officials with location information about the plane. Despite this, the final ping shows that the plane was located along one of two large arcs running north and south.

Razak noted that the analysis done by Inmarsat concluded that the last position of the plane was “in the middle of the Indian Ocean, west of Perth.”