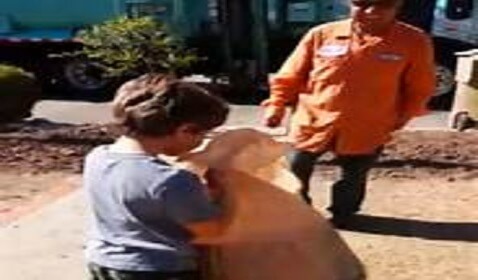 Letters and e-mails of acts of kindness are being received by the Autism Speaks organization.

The organization was founded in 2005 by grandparents of an autistic child. Autism Speaks is now the world’s leading autism science and advocacy organization, dedicated to funding research into the cases, prevention, treatments and a cure for autism.


According to the organization, a special e-mail was sent to them by Robin Newberger. She has a son named Daniel, who is five and has autism. It said that her son received a special gift from the trash collector, Manuel Sanchez. She caught the event on video and named the video, “The Gift.” The video has gone viral.

The video has been posted on Facebook by Daniel’s mom Robin with a message, and both can be seen below.


“One man, one moment, touching the life of an autistic child. Our hearts are overflowing. There are already many who have watched this video who don’t know us. Our son Daniel, is 5. He has autism. What started out as a fear has turned into fascination, I showed him a YouTube video of a garbage truck a couple of years ago and he’s been obsessed ever since. Like many children on the autism spectrum, this has become a ritual for him. He loves the predictable movement of the hoist and is excited by the entire spectacle. He waits all week for Monday morning pickup. He knows exactly which cans are being picked up each week, and Sundays are special for him when he takes the cans out with his dad. Our recycle man, Known only as Manuel, is his favorite. He always has a big smile for Daniel, who is faithfully waiting for him every Monday. To him, trash pickup is like a symphony. He synchronizes his hand movements with the truck. We have so many ‘Trash Day’ videos, but this one is like no other.”