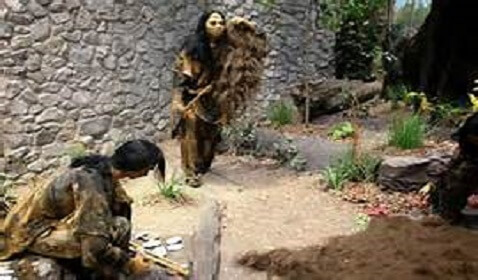 A toddler that was buried 12,600 years ago in the southwestern part of Montana, had it’s remains tested and the DNA proves that, prehistoric Clovis People are the ancestors of American Indians, researchers said.

According to the journal, Nature, indigenous people in North and South America are 80 percent direct descendants of the child. The remaining 20 percent are related to the Clovis people as much as any other people on earth. For decades scientists believed that the Clovis people were European who used similar tools between 17,000 and 21,000 years ago.


Jennifer Raff, a research fellow in anthropology at the University of Texas at Austin said, Today’s finding shows this notion “can no longer be treated as a credible alternative Clovis (or Native American) origins.”

The study showed that the native Clovis people were the first native people to secure themselves in the Americas, but they weren’t the first people on the continent. According to scientists, about 25,000 years ago, people started to arrive in America by way of a Siberian land bridge in the last ice age and the Clovis people began to emanate. They did not descend from Europeans, Asians, or Melanesians.

The mitochondrial DNA from the boy, inherited from his mother, belongs to one of the “founder” lineages carried by people crossing from Siberia. This sequence is very rare and is in present American Indians. His genome showed he is closely related to American Indians and more related to Siberians than Eurasian.


The study involved Montana tribes as consultants in the study. Native communities had a mistrust of archaeologists and anthropologists in the past but the effort to include them in the findings is a good way to bridge a new relationship between Native Americans and scientists. The local tribes were told of the discoveries and scientists consulted with the them to know how best to continue their research. The boy will be buried exactly where he was found in late spring or early summer.