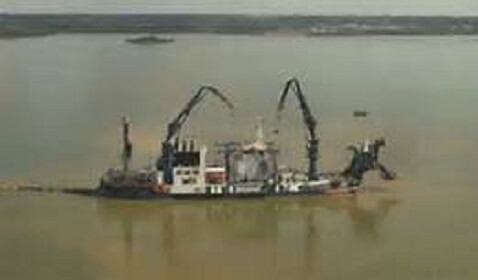 A multibillion-dollar natural gas plant is emerging on the shores of Darwin’s harbor, in Australia, and the contractor responsible for workforce says of the 70 workers more than half is indigenous, that’s up 27 percent from two years ago.

Myti Wood, 23, is an indigenous Australian who up to three years ago received $100 a week from the government. Now working for Workboats Northern Australia, a contractor for the $34 billion Inpex Corp.(1605), he’s now earning $2000.


Darwin is a city in the northern territory of Australia. It’s city holds about 130,000 people. 1 in 3 people there are of Aboriginal origins. The destruction of Darwin goes back to when Japan bombed the area in World War II, and there was a devastating cyclone in 1974.

The divide between most of the indigenous population and the rest remains stark. A short walk away in an apartment block, which sells for more than $1.5 million is On Mile Dam. It’s a “town camp” where some indigenous people live in neglected crumbling sheds that were put up thirty years ago. Others have make-shift beds outside and live amongst thick bushland filled with garbage, bottles and cans.

“They are a creative, hard-working people who have been let down,” said billionaire Andre Forrest, chairman of Fortescue Metals Group Ltd. (FMG) “We need attitude changes across the board, particularly amongst those who insist through government policy on promoting welfare as a lifestyle choice. We have to pass the responsibility of employment of Aboriginal people to employers.” In April Forest will report to the government on how to improve training programs.


The weekly household income for the Aboriginal people in 2011 was 80 percent of the average of non-indigenous households. According to government figures little has changed in five years. Melanie Stutsel, Minerals Council of Australia’s director of health, safety, environment and community policy, said “there are a lot of challenges toward employing and then retaining indigenous people in the resources industry, it’s time consuming and expensive. If a worker doesn’t have any history of a family member ever being employed and they live in a remote community, those are additional barriers to them engaging in normal economic behavior, so you need to adjust your expectations.”