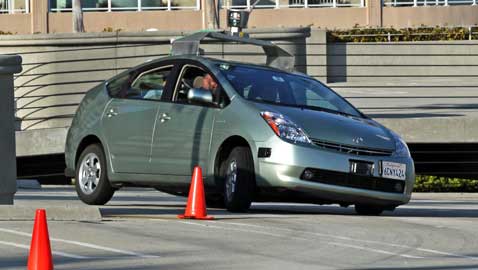 Michigan Governor, Rick Snyder, signed two bills into law to allow manufacturers test driverless cars in Michigan. Of the two bills, SB 169 and SB 163 that were approved by the Michigan Senate earlier this month, SB 169 allows the testing of driverless cars, but makes it mandatory for a human to be in the driver’s seat for emergency intervention.

While SB 169 allows automakers, suppliers and upfitters to test out driverless vehicles, its companion bill SB 663 protects automakers from civil suits caused by defective technical equipment received from suppliers. Both bills had been introduced by Sen. Mike Kowall.


With the bills now signed into law, Michigan joins other states like California, Nevada, Florida and Washington DC, which also allow the testing of driverless cars on their roads. To alert traffic about the testing, all test cars will carry an “M” license plate.

In a statement, Snyder said, “Michigan is the automotive capital of the world. By allowing the testing of automated, driverless cars today, we will stay at the forefront in automotive technological advances that will make driving safer and more efficient in the future.”

The State Transportation Department will observe the developments that follow permission for testing driverless cars and it is required to inform the state legislature by 2016 of any additional laws or policies that may be further needed. The state laws will serve as a stand-in until the U.S. Department of Transportation and the National Highway Traffic Safety Administration propose further changes at the federal level.


Industry reports predict that partially automated vehicles will be market-ready by 2016, and technologies such as better accident avoidance systems and adaptive cruise control would make driving safer. According to Auburn Hills-based Continental Automotive Inc., a leader in the national scene for driverless cars, semi-automated vehicles would be available by 2020 and cars fully capable of driving independently may be expected by the year 2025.