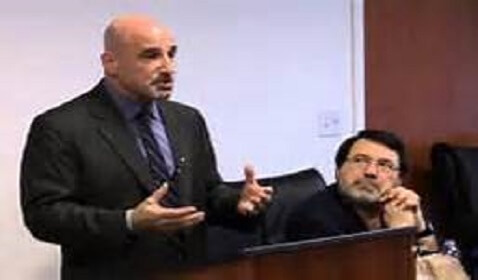 In the South, being a public defender is a tough job. Having a reputation for heavy caseloads, tough criminal laws and harsh sentencing in the South, it’s even tougher. Louisiana, Alabama and Mississippi have the three highest per-capita incarceration rates in the nation, a 2012 report read from the Bureau of Justice Statistics found. According to a recent American Civil Liberties Union report, the five states with the most prisoners serving life without parole for nonviolent crimes are all in the South.

To the region, large caseloads are normal, but studies have found that in New Orleans, the public defenders spend seven minutes with clients on average, and the average caseload for a public defender in Miami-Dade County is 500 felonies and 250 misdemeanors – far more than the American Bar Association’s recommended caseload of 150 felony and 400 misdemeanor cases.


Those challenges are precisely why the South need more young, passionate public defenders who are dedicated to improving indigent defense, according to Jonathan Rapping, the president and founder of Gideon’s Promise, an Atlanta-based nonprofit that trains and advocates for public defenders throughout the South. To that end Gideon’s Promise has launched the Law School Partnership Project, aimed at making it easier for Southern public defenders to hire talented new law graduates.

It partners with law schools that commit to funding a recent graduate for a permanent position within a year. Through its “Core 101” program, Gideon’s Promise trains and mentors new graduates for three years. The program, which emphasizes legal skills and the values of public defense, got a boost in October with a $1 million grant by the U.S. Department of Justice. Sarah Olesiuk, an assistant public defender in the Knox County Public Defender’s Community Law Office in Knoxville, credits the training program with teaching her the basics of effective public defense work and providing a robust support network of other young public defenders.

“This job can really beat you down,” said Olesiuk, who graduated from Boston College Law School in 2011. “You see a lot of sad things, but knowing that the other people are going through the same thing is really valuable.”


The participants of the program start with a 14-day boot camp. After that, they meet in person every six months. The semiannual meetings and an online forum enable them to share their on-the-job victories and defeats and compare how different offices operate, Olesiuk said. She also said that she is lucky to work in an office that offers holistic representation, where attorneys and social workers work together to address the root of their clients’ problems, be it mental illness, homelessness or drug abuse. But some of her classmates have struggled to adjust to offices with a more traditional way of operating, she said. The Law School Partnership Project has three law schools lined up: The University of California at Los Angeles School of Law; New York University School of Law; and American University Washington College of Law.

“The vital work of improving the quality of public defense is completely consistent with the law school’s mission of pursuing access to justice for all,” said American law dean Claudio Grossman. “This partnership will create a concrete pathway between law students and public defense work upon graduation and will be a significant service to communities in need.” Rapping is hoping to have as many as eight partner law schools soon and place a dozen recent graduates in public defender offices by August, according to Law.com.


“Much of what we’re trying to do is identify really good, young public defenders who want to work in the most challenging places,” Rapping said. “These are lawyers saying, ‘ I want to be a public defender, but not in New York or D.C. I want to do it in Mississippi.”

Many of the Southern public defenders offices face many recruitment problems and the project will help to solve those problems. Most don’t have the structure or resources to interview on law campuses in the fall. Public defender offices in the South typically don’t have the budget to hold a job open for months while a student graduates and takes the bar. Because they seldom hire ahead of time, potential candidates can’t choose where to take the bar based on a job offer.