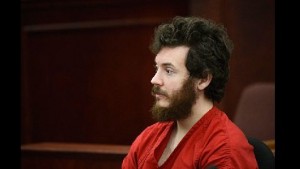 As the defense attorney of James Holmes, the former neuroscience student charged with 166 counts, mostly surrounding his gun spree at an Aurora theater that killed 12 people and wounded dozen others, has requested more time before entering a plea, a Colorado judge impatiently added it himself: not guilty.

The defense could still change it to “not guilty by reason of insanity,” but persecutors may challenge such a move:

“As far as we’re concerned, they are entering a pleas of not guilty, and what they have done to this point is not sufficient to enter a plea of not guilty by reason of insanity,” said Karen Pearson, an assistant district attorney for Arapahoe County.


If the defense did enter such a plea, they would have to prove that Holmes did not know the difference between right and wrong when he committed his crimes. That might be a difficult case to make as he seems to have planned the massacre months in advance, ordering weapons and body armor through the internet and rigging up his apartment with explosives designed to kill investigators.

On the other hand, Holmes had no known connection with his victims, so explaining his motive has been difficult. But unlike Adam Lanza or the Columbine shooters Eric Harris and Dylan Klebold, he did not commit suicide — so perhaps answers are yet to come.

The District Attorney will announce on April 1 whether he intends the death penalty for Holmes. Holmes is schedule for a four-week trial in August.

Flores, Tawney & Acosta PC is seeking a new to 4-year attorney to join its growing plaintiff’s...

Seeking a full time legal secretary in a small firm located at the Jersey Shore. Prior law firm expe...