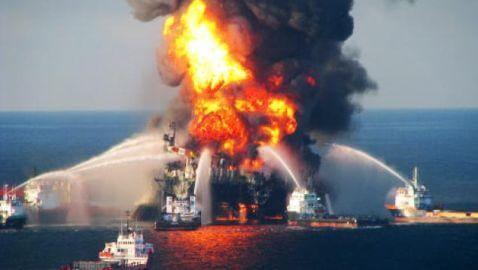 The second-largest environmental fine in the history of the United States has been levied on Transocean Deepwater Inc. for its role in the 2010 Deepwater Horizon explosion that occurred in the Gulf of Mexico, according to the Justice Department.

After the company pled guilty in a Louisiana federal court on Thursday, it was sentenced to pay a $400 million fine and other penalties, according to CNN. The company violated the Clean Water Act because of its conduct that lead to the explosion and oil spill, according to Attorney General Eric Holder.


When the oil rig exploded, 11 workers were killed, and 4.9 million barrels of oil spilled into the Gulf. The data was released by the National Commission on the BP Deepwater Horizon Oil Spill and Offshore Drilling.

“Transocean’s guilty plea and sentencing are the latest steps in the department’s ongoing efforts to seek justice on behalf of the victims of the Deepwater Horizon disaster,” said Holder.

Authorities noted that the majority of the $400 million fine will be used to rebuild the Gulf coast region.


“The Deepwater Horizon explosion was a senseless tragedy that could have been avoided,” Assistant Attorney General Lanny A. Breuer said in a statement. “With today’s guilty plea, BP and Transocean have now both been held criminally accountable for their roles in this disaster.”

With the plea, Transocean will also be placed on five years of probation, the maximum amount of time permitted under law, according to the Justice Department.