Got a tip?
Home » Breaking News » Camel Culling in Australia Outrages Many

The British transported camels to Australia from India and Pakistan back in the middle 1800s in order to help with carrying loads and with exploring the land. When the early 1900s came around, trucks and trains were available to explore the land and carry loads, which is why the Australian government ruled that the camels be destroyed.

Such an order was deemed to be unthinkable for Asian camel herders, who decided to disobey the order and free the animals in the outback. The camels in Australia today are the great, great grandchildren of the camels that explored Australia and helped modernize the country.


As of right now, there are some 1.2 million camels in the Australian outback, which is the largest population anywhere in the world. To this day, the government of Australia views the camels as pests to farmers and an environmental problem. The government said that the camels destroy property, compete with livestock and raid small towns when looking for water to drink.

The government spent $19.7 million in 2009 to cull close to one-third of the camels in the outback. Private contractors and other hunters have been shooting the camels from helicopters and leaving the dead bodies to rot over the past couple of years. There are some residents of the country who are opposed to the cull. They claim that the government is wasting the chance to use the camels as a natural resource.

Photographs and videos of the cull have reached YouTube, outraging Arabs and Qataris. Camels are an important piece of history, culture and economics. Ali Sultan Al Hajri traveled to Australia with Al Jazeera World to view camels. Al Hajri is from Qatar and he grew up raising camels until the age of 17.


Ali is a self-made businessman who works in the capital, Doha, and still owns a herd of camels. He knows all of the camels by name, face and personality. Ali traveled to Australia with a film crew from Al Jazeera to see the killings of the camels and to meet those who support the cull and those who are against it. His goal is to discover a better way to deal with the camels instead of killing them.

We have embedded a video in this post for you to see what is happening in Australia with the culling of the camel population. Leave us your comments at the bottom of the page regarding this controversial topic from across the world. 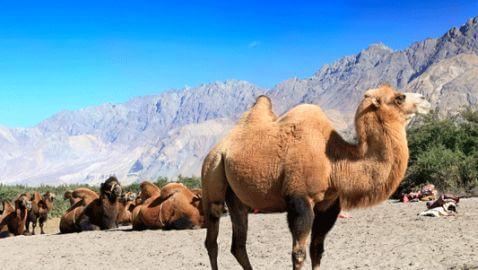