Got a tip?
Home » Breaking News » “Firefighter of the Year” Shot Dead While Doing his Duty 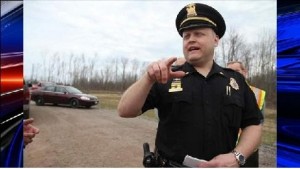 It seems entirely senseless that a man who worked so diligently and nobly to save lives and give emergency aid should by killed so pointlessly. Lt. Michael Chiapperini helped victims of Superstorm Sandy around Halloween, and two weeks ago was named “Firefighter of the year,” for the variety of services he provided for the community. On Christmas Eve, he and other firefighters were called out to William Spengler’s house. Spengler, 62, an ex-felon who killed his own grandmother in 1980, had intentionally set his house on fire, and then shot at and killed both Chiapperini and firefighter Tomasz Kaczowka, wounding two other firefighters and an off-duty police officer.

Spengler’s motive has not yet been discerned, but the death of a heroic man on Christmas Eve has struck many as needlessly tragic.


Fire department spokesman Al Sienkiewicz said that “He’s held every line office that the department had,” becoming chief as well.

“He’d been down in Suffolk Country to see the destruction, [and then] he loses his life this morning, responding to help someone,” said Lt. Gov. Bob Duffy Monday. “When you start looking at the two who lost their lives and the two who are fighting for their lives, [all of them are] just tremendous public servants.