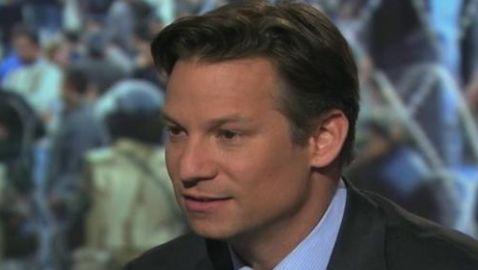 According to Turkish news reports, chief foreign correspondent Richard Engel from NBC News has gone missing in Syria along with a correspondent. The reports also claim that Aziz Akyavas, a Turkish journalist with Engel, is also missing. NBC News has not discussed Engel’s status as it is operating a news blackout about the issue.

The Turkish newspaper Hurriyet has reported that Engel and Akyavas were known to be in Syria at last check, but have not been in contact with NBC News since Thursday morning. The news of Engel’s status has spread throughout multiple media outlets in Turkey, including Turkish news channel NTV, which is an international partner of MSNBC. The news also hit Twitter.


NBC News asked reporters inquiring about the status of Engel to partake in a news blackout on the issue. The network also asked people who posted the news on Twitter to remove the posts from timelines.

NBC News has not issued a comment about Engel’s status yet and it is not known when the network will do so. On Twitter, David Weigel from Slate and former MSNBC anchor David Shuster have mentioned the report of Engel missing in Syria. Michelle Malkin also posted a tweet about Engel’s whereabouts.