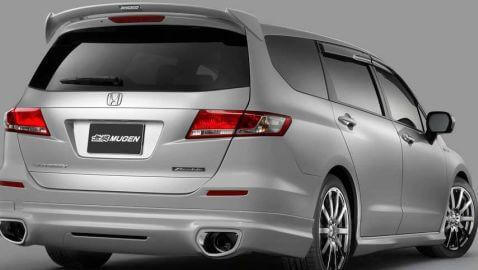 It was announced on Wednesday by Honda Motor Co that 871,000 vehicles are being recalled for possible roll away problems after the ignition key has been removed from the car. This includes 807,000 vehicles in the United States, according to Yahoo.

Honda said that a part in the ignition interlock could become worn or damaged, which would cause the key to fall out of the ignition even if the car has not been placed into park yet.


“If the transmission is not in park and the parking brake is not set, the vehicle could roll away and a crash could occur,” the company said in a statement.

An investigation by safety regulators in the United States began in October. It was focused on the 2003-2004 Odyssey and Pilot after 43 consumer complaints were filed. Some of those complaints included injuries caused by the ignition switch.


According to the National Highway Traffic Safety Administration, complaints were filed that claimed some of Honda’s vehicles rolled away and stopped after running into objects. Some of those objects include fences, mailboxes, trees and parked cars.

One of the complaints filed said that a consumer was knocked down and run over, suffering a fractured fibula as he tried to stop a 2003 Odyssey from rolling away from him. Recall notices will be sent out to consumers beginning in February, according to Honda.