Got a tip?
Home » Weird News » Man Donates His Kidney to His Sister Only for Nurse to Throw it in the Trash 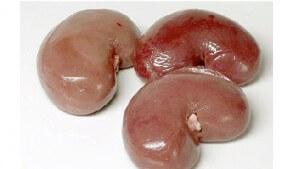 This month, an Ohio nurse accidentally disposed of the kidney a man had recently donated for his older sister. Doctors spent two hours trying to revive the improperly disposed organ, but finally gave up, considering it would be wiser for the woman to wait for a healthier kidney from the donor’s list.

“The physician in consultation with the family decided to not take the risk knowing there was a good chance for another highly compatible donor,” said Dr. Jeffery Gold, the medical center’s chancellor.


The mistake is nearly unprecedented, and has led two nurses to be suspended on paid administrative leave, and has led the Toledo hospital to suspend their live kidney donor program pending further investigation on what went wrong. They are looking to ensure that this sort of error never happens again.

135 people died in Ohio waiting for a viable kidney, and 4,711 people nationwide, so wasting the viable organ is not only frustrating to the man who made the personal sacrifice to help his sister, but is also exasperating for the program as a whole.

Both the donor and his sister, meanwhile, have been released from the hospital.