Got a tip?
Home » Law Students » Ex-law Professor Sentenced to Sex-Offender Therapy For Indecent Exposure to His 24-Year-Old Student 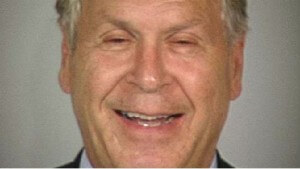 Clark Griffith, while an adjunct law professor for William Mitchell College of Law, exposed himself to a student next to a busy road, last January. While Griffith, 70, maintains that he has been victimized by such accusations from the student, 24, the judge didn’t buy a word of it. Nevertheless, the case will be dismissed in a year, granted that Griffith cooperates with mandatory sex-offender counseling.

Griffith “used his power and influence over me to position himself as a trusted mentor, which in the end, he used only to attempt sexual gains,” the student reported. Griffith had insisted she sit next to him at the restaurant they visited and set her hand on his groin. After insisting he walk her to her car, he repeated the gesture next to her car, this time unzipping, exposing himself and kissing her.

After she placed a complaint, Griffith sent her a barrage of texts and messages, despite the school barring this, intimidating and terrifying the young woman. “Clark Griffith held himself out to be a very important and influential person in the community,” her statement explained.


She reported having nightmares about him and visions of him jumping out at her when she was in the community. “I would not go out with friends after the incident, and my life was consumed with having to let the police know each time a new communication was received,” her statement detailed. “I did not want to leave my apartment, and I was constantly checking out the window to make sure there were no new cars in the parking lot. I was held hostage by the anxiety that he created in my life.”

Griffith responded that “I have a habit of making amends, even when I’m not guilty sometimes. The effect of this event in my life has been absolutely devastating. What she accounts as the effect on her has also been the effect on me.” His defense lawyer Paul Engh had claimed Griffith had been “punished already” with marital strain and a bruised relationship with his two daughters who are also the student’s age.

Nevertheless, he had entered an Alford plea bargain that admits a jury might find him guilty while not yet admitting guilt.


His version of the events characterize the student as willing, as whispering “We’ve got to go slow,” at her car while placing her hand on his groin.


When Griffith attempted to butt in, the judge said, “Don’t say another word, because you’re just pissing me off.”

On top of being an adjunct professor, Griffith was also a Minneapolis attorney who had worked for his dad, Calvin Griffith, once owner of the Minnesota Twins.