Got a tip?
Home » Legal News » ITU Aims to Use UN Summit To Limit Internet Freedom 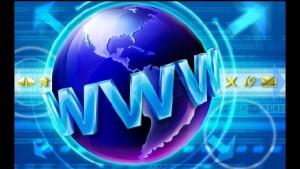 We are told as adults not to buy too much into the demonizing of certain enemies to America such as Russia and Arab nations. Nevertheless, its basically Russia who wants to end internet freedom. Scores of countries are preparing for the United Nations summit seeking a global treaty that could chain the Internet’s role in economic growth and enslave the free flow of information. The ITU is aiming to using the UN meeting to limit internet freedoms.

Russia wants the the internet to be unrestricted, so long as its convenient to the state, unrestricted “except in cases where international telecommunication services are used for the purpose of interfering in the internal affairs or undermining the sovereignty, national security, territorial integrity and public safety of other states, or to divulge information of a sensitive nature,” as they wrote in the May 3 U.N. document that would amend the treaty.

The U.N.’s Universal Declaration of Human Rights, Article 19, stipulates the right of all people to access information “through any media and regardless of frontiers.” Russia policies would deny this.


A capitation of Arab states wants to make one crucial change to the treaty, defining telecommunications with the added word of “processing.” Says Robert McDowell, a Republican member of the Federal Communications Commission, this word would “essentially swallow the Internet’s functions with only a tiny edit to existing rules.”

McDowell continues that these compromises of Internet Freedom won’t come as a “full frontal assault…but through insidious and seemingly innocuous expansions of intergovernmental powers.” Anybody who has studied how the American economy itself has changed in the last 100 years knows the reality of such byways to major changes.

The summit would be run by the ITU in Dubai. The relationship between Russian President Vladimir Putin and Toure, the ITU’s secretary general, is ambiguous. Putin is a longstanding proponent of a “centralized control of the Internet,” and it is feared his relationship to Toure will make this happen.


U.S. Congress, for its part, has shrugged of the SOPA and PIPA scare, and is seeking full freedom for the internet. We will be implementing a position of Internet governance that “clearly articulates the consistent and unequivocal policy of the United States to promote a global Internet free from government control and preserve and advance the successful multi-stakeholder model that governs the internet today.”

Said Representative Fred Upton (R-Mich): “The Internet has become this economic and social juggernaut not because government actors willed it so, but because the government took a step back and let the private sector drive its evolution. International regulatory intrusion into the Internet would have disastrous results not just for the United States, but for people around the world.”


In other words, if the Web, which has become the symbol of global unity, falls into government control, our freedom of speech will be negated — not just here or there, but globally.

Said Vinton Cerf, one of the “fathers of the internet”, and TCP/IP developer, “Such a move [as ITU proposes] holds profound — and I believe potentially hazardous — implications for the future of the Internet and all of its users. If all of us do not pay attention to what is going on, users worldwide will be at risk of losing the open and free Internet that has brought so much to so many.”

Federal Communications Commission member Robert McDowell spoke with the same tone, focusing on those who oppose internet freedom: “[L]et’s face it, strong-arm regimes are threatened by popular outcries for political freedom that are empowered by unfettered Internet connectivity. They have formed impressive coalitions, and their efforts have progressed significantly.”

Denouncing the ITU will be as important as when we stopped SOPA.