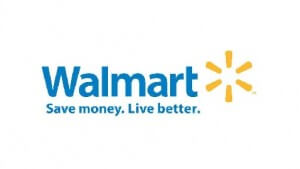 There’s been some back and forth between a report released Wednesday from the National Employment Law Project (NELP), which reported on domestic outsourcing in Wal-Mart, the world’s largest retailer, and Wal-Mart itself, via spokesman Dan Fogleman, who seems to think they have it all wrong. NELP is raising concerns about Wal-Mart’s use of temp firms to stock their warehouses, including Schneider Logistics, one of the largest temp staffing services in the nation, Impact Logistic Inc. and Premier Warehousing — some of which have been fighting off a series of lawsuits over allegedly denying workman’s rights to fair rights. Wal-Mart, in return, claims such suits have not been directed at Wal-Mart and that most of their processing centers are not run by temp agencies.

“Contracting out is becoming increasing common in many of the nation’s largest and fastest-growing industries,” said the NELP’s report on Wal-Mart. “These outsourced workers laboring on Wal-Mart’s behalf toil at the bottom of a complex hierarchy of intermediaries and in alternative employment schemes that leave them vulnerable to significant worker right abuses and unsure where to seek redress.”

Indeed, even when such staffing agencies aren’t denying worker’s rights, it’s a crappy deal. A worker often is hired in for an indefinite term, but where state laws mandate that a worker has the right to being insured after a given amount of time, you can be assured their assignment will mysteriously end sometime before that time. These agencies usually offer no form of insurance, and pay somewhere close to minimum wage that is not only physically demanding, but motivated by the pervasive threat that your assignment could be up if you don’t pick up the pace. Sometimes the prospect of getting hired in is used as a carrot to spur efficiency, but usually the carrot is snatched away at the last minute.


Fogleman said that Wal-Mart expects its contractors and subcontractors to “comply with all applicable laws” related to pay and safety. And he further insists that “the third-party distribution center Wal-Mart uses in the Inland Empire is one of three of its type in the U.S. Third party DCs are a fraction of our logistic network … more than 120 company-owned and operated facilities across the country,” though it is unclear whether those “company-owned facilities” staff only full time insured workers — a practice that is becoming less and less common among major corporations.

“In the service of low prices and large profits, Wal-Mart has become infamous for squeezing its suppliers and contractors, so that the contracted workers at the bottom of the supply chain are forced to accept poverty wages and harsh working conditions,” said Christine Owens, executive director of the NELP. “The problem goes far beyond Wal-Mart, however. Domestic outsourcing, or subcontracting, is on the rise across the U.S. economy, and without fair ground rules that are respected by all player and rigorously enforced, the quality of many more jobs in th America will spiral downward.”

Such subcontracting agencies as the one in Wal-Mart’s California center hire a large proportion of Latino workers. The structure of the system ensures that employers can put high pressure on workers to speed up and work at intense paces, since any worker is readily replaced by another agency assigned worker, and there is little accountability, let alone any necessity, to justify ending any worker’s assignment.