Got a tip?
Home » Breaking News » American Jihadist Attempts to Fund Al-Qaida, is Thwarted by the Feds 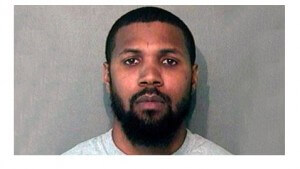 It’s getting harder and harder to be holy nowadays. Barry Bujol, a 30-year-old convert to Islam from Hempstead Texas, found his every act of piety blocked by government officials, until in May 30, 2010 when he was arrested for trying to contact the unbeknownst to him dead Yemeni-America cleric Anwar Al-Aulaqi. Bujol was seeking advice on how to raise money for “mujahideen” and made repeated requests on how to lead “violent jihad.” Bujol was convicted to twenty years in prison by federal prosecutors this Thursday.

Al-Aulaqi had already been taken out by an unmanned aerial vehicles (UAVs), which was also the main anxiety of Bujol. He was insistent that “AQAP should attack the human beings essential to operate the UAV’s instead of attacking the UAV’s themselves,” and he had lined out Texan targets for attack.

During his communication with al-Aulaqi, he inquired about his duty as a Muslim to make ‘violent jihad,’ and when still alive, the cleric sent him a document entitled “42 Ways of Supporting Jihad,” which claimed “‘Jihad’ is the greatest deed in Islam … [and] obligatory for every Muslim.” By “Jihad,” Al-Aulaqi advocated many forms of violence and murder.


Bujol admitted he wanted to leave the United State to become “A better Muslim,” as he served as his own attorney during his trial, and said he was indeed dissatisfied with U.S. foreign policy but he denied a desire to join any militant group. Nevertheless, the prosecution presented communication where Bujol repeatedly claimed he wanted to fight the United States and attack and kill his enemies, repeating after each assertion, “God Willing,” in Arabic.

Bujol has attempted to leave the country 4 times to join the good fight in Yemen. Each time he was thwarted by the Federal Government. At the time of his arrest, he was found with GPS system receivers, SIM cards, restricted military manuals, and cash intended to fund Al Qaida. He had used a false transportation worker identification card to gain access to the Port of Houston where he was arrested.

Upon seizing his computer, authorities discovered and used as evidence against Bujol a video he had created, featuring a slide show of Osama bin Laden, Najibullha Zazi, and armed “mujahideen” fighters, while he narrated a voice over, including an address to his wife explaining that he had to leave suddenly for “jihad” and was likely not to see her until the afterlife.


“We do not take matters of potential national security lightly,” said the United States Attorney Kenneth Magidson. “This case and its successful resolution represents our commitment to making our communities a safer place to live.”