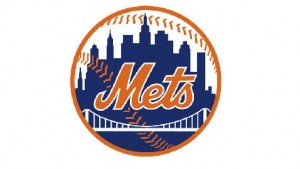 The owners of the New York Mets must pay up to $83 million to a trustee to compensate investments lost to the Bernard Madoff scheme. Madoff, who is serving a 150-year prison sentence for his use of billions of dollars in a Ponzi scheme, and who was arrested on December 11, 2008, is the central cause of the suit. Trustee Irving Picard originally sued for $1 billion, and is at least seeking $303 million more from Met’s central owner, Fred Wilpon. A trial on March 19 will determine if anything over $83 million is owed.

Picard is charging the owners for having “willfully blinded themselves” to Madoff’s illegal scheme, but the U.S. District Court Judge Jed S Rakoff opines that this would be hard to prove, saying, “The Court remains skeptical that the trustee can ultimately rebut the defendants’ showing of good faith, let alone impute bad faith to all the defendants. Nevertheless, there remains a residue of disputed factual assertions from which a jury could infer either good or bad faith depending on which assertions are credited.” The jury, however, will have no say upon what portion of the sum will be granted, since the judge has left such rulings to his own discretion.

One major dispute regards what time period Picard is allowed to collect money from. The judge denied Picard the six-year period he initially tried for, saying that he was only entitled to the two years before Madoff’s arrest. If this is overturned, Picard could get the full $386 he is seeking, and perhaps more.


The judge has dismissed much of the evidence both sides are bringing to court as inadmissible, saying “Conclusions are no substitute for facts, and too much of what the parties characterize as bombshells proved to be nothing more than bombast.”

Wilpon’s defense claims they were not sophisticated investors and so acted in good faith, though naively. Madoff had claimed that their $20 billion investment had matured to $68 billion by November of 2008, when in fact only hundreds of millions were left.

Despite the difficulties, the Met’s owners said they plan on keeping the franchise “for a very long time.”

Description Are you working in a job in which you feel undervalued and not part of a collective t...

The law firm of Leitner Williams Dooley Napolitan, PLLC, has an immediate opening for an Associate A...