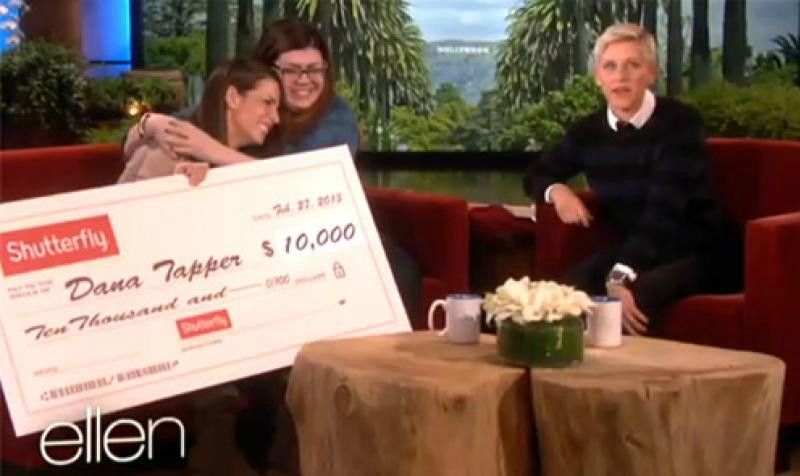 Summary: A lawyer who once appeared on the Ellen DeGeneres show to receive money for her work helping others is now accused of smuggling items to an inmate in jail.

Once awarded for her work helping others, a former University of Virginia law student who went on to be a lawyer in Richmond is now accused of smuggling drugs and phones into jail. Dana Lauren Tapper was once in the spotlight for her efforts to help others but has now found herself in the spotlight for being the one who will need legal help.


Tapper, 30, was awarded $20,000 by the Ellen DeGeneres Show in 2013 while she was a law student at UVA. She was working hard to help incarcerated juvenile offenders. Tapper has fallen far from that path with the indictment of charges for smuggling drugs and cellphones to an inmate at Riverside Regional Jail against her, according to the Richmond Times-Dispatch

Tapper was arrested Wednesday for the two incidents five days apart at the jail that got her in trouble. The authorities accuse Tapper of providing a cellphone to one inmate on December 7 and then passing him drugs on December 12, according to documents with the Prince George County Circuit Court.


Prince George Commonwealth Attorney Susan Fierro said, ŌĆ£This was an investigation worked primarily by Chesterfield [County authorities], and then we were brought in and kind of kept abreast of their investigation along the way.ŌĆØ

The inmate in question was being prosecuted by Chesterfield. Fierro added that the ŌĆ£police learned about it on their own.ŌĆØ She wasnŌĆÖt able to provide details on how Tapper smuggled the items in to the inmate, who has not been named. Tapper was not the inmates ŌĆ£attorney of recordŌĆØ but was still allowed to visit him. ŌĆ£She made an appearance in Chesterfield Circuit Court [for him], and the court asked her is she was the attorney of record and she apparently conceded that she was not.ŌĆØ


The hit TV show awarded Tapper five years ago with the money because she was volunteering her time outside class to ŌĆ£help children transition out of juvenile detention centers in Virginia.ŌĆØ During the show, DeGeneres provided Tapper, a third-year law student at the time, with a $10,000 check contributed by Shutterfly, an online photo service. DeGeneres said, ŌĆ£ThatŌĆÖll help pay for your bar exam and other expenses, right?ŌĆØ

Moments later, a Shutterfly representative walked onto the stage with another check for $10,000.

Tapper was working with the JustChildren program at the Legal Aid Justice Center and the law schoolŌĆÖs Child Advocacy Clinic. Her friend, Kathryn Cragg, also a third-year law student, wrote a letter to DeGeneres about Tapper and the work she was doing. Cragg wrote in the letter, ŌĆ£Most law students are lured in by promises of large corporate salaries to help pay off their debt, but Dana has been steadfast in her commitment to helping those less fortunate.ŌĆØ

The Virginia State Bar lists Tapper as an attorney in good standing with an active law license. However, she is scheduled for a June 22 bar hearing for ŌĆ£misconduct.ŌĆØ

She was released from jail on a $2,000 unsecured bond. She is listed as ŌĆ£unemployedŌĆØ at the moment.

Do you think Tapper was manipulated by the inmate? Share your thoughts as to why an attorney with such strong goals to do good would make such a serious mistake in the comments below.

To learn more about attorneys smuggling, read these articles:

Photo: content.law.virginia.edu via The Ellen Show