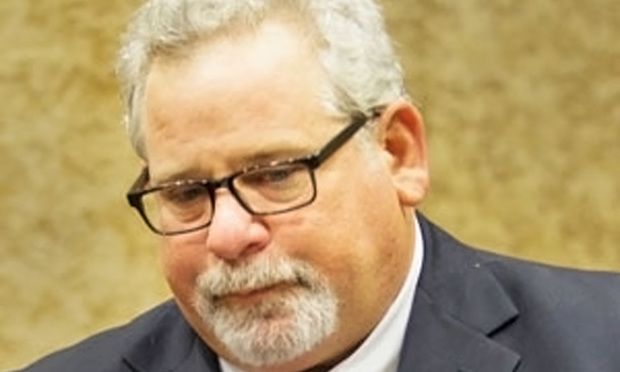 Summary: A Florida attorney repeatedly engaged in obnoxious behavior similar to a child during court hearings, resulting in his disbarment.

Perhaps a Miami Lakes attorney has been spending too much time with preschoolers because his childish behavior ended up getting him disbarred.


The Florida bar disbarred Robert Ratiner, 54, after a record of inappropriate behavior piled up against the attorney. The Miami Herald reported that Ratiner would throw paper and wadded-up stickers at opposing counsel, try to intimidate a witness by threatening jail time, ignored judicial time limits for closing arguments, repeatedly kicked a table leg so loudly during a hearing that a judge ended the hearing, and made comments like ŌĆ£can you remove that large booger hanging from your nose?ŌĆØ

His bad behavior first became a problem when he was representing Claire Sidran in a lawsuit she filed against E.I. DuPont De Nemours & Co., Inc.

A May 2007 deposition of Deborah Naylor resulted in a RefereeŌĆÖs report recommending his disbarment for three disciplinary matters. The Referee wrote, ŌĆ£My recommendation of disbarment stems from the multiple acts of misconduct and the severity of each act.ŌĆØ The Referee┬Ānoted that during RatinerŌĆÖs four hours testimony, he never once expressed ŌĆ£remorse for any of his multiple acts of misconduct.ŌĆØ


In fact, Ratiner put the blame on Naylor, DuPont, DuPontŌĆÖs counsel, the Florida Bar and the court. At the time, the state Supreme Court ordered a 60-day suspension and public reprimand.

The documents specifically note how Ratiner ŌĆ£proceeded to forcefully lean over the deposition table, lambast (opposing counsel) Mr. (Thomas) Sherouse in a tirade, while proceeding to tear up the evidence sticker, wad it up and flick or toss it in the direction of Mr. Sherouse.ŌĆØ Ratiner was asked to stop spitting tobacco juice and keep it from dripping down his mouth because it was disturbing Naylor. Ratiner replied, ŌĆ£Sir, can you remove that large booger from your nose?ŌĆØ


Naylor left the room during a break. Sherouse used the opportunity to again ask Ratiner to stop chewing and spitting tobacco but he responded, ŌĆ£I wish the witness would quit scratching her crotch.ŌĆØ She heard his comment, calling the deposition ŌĆ£by far the worth experience of my life, both professional and personal.ŌĆØ

Naylor was not the only one bothered by the deposition. A court reporter even stated, ŌĆ£I canŌĆÖt work like this!ŌĆØ and his own consultant told him to ŌĆ£Take a Xanax.ŌĆØ

After this incident, RatinerŌĆÖs behavior did not calm down. In 2009, he had problems with opposing counsel Bonnie Daboll and co-counsel Lea Souza-Rasile. The Referee report from this case resulted in Ratiner being on timeout for three years for crude remarks he made about Souza-Rasile and actions towards Daboll. Ratiner called Souza-Rasile a ŌĆ£dominatrixŌĆØ and tried to rip a document out of DabollŌĆÖs hand. ŌĆ£Mr. Ratiner attempted to grab the document from underneath DabollŌĆÖs right hand, and then immediately reached across her body and grabbed the papers which she had in her left hand. As Daboll attempted to hold on to the documents, she stated, ŌĆśDonŌĆÖt grab me ever again.ŌĆÖ Mr. Ratiner continued to attempt to forcibly take the papers from Daboll, causing a security guard to come across the room and intervene.ŌĆØ

Then in 2011, Judge Amy Steele Donner was forced to reprimand Ratiner for ŌĆ£wrinkling and throwingŌĆØ documents and for ignoring her time limits on closing arguments by saying he would take as long as he wanted. She described his ŌĆ£behavior at trial as ŌĆśawful, that he was not respectful to the court or obeyed orders, and that she was appalled.ŌĆÖŌĆØ She testified before the Supreme Court that he ŌĆ£had been totally disruptive, that he was a ŌĆśbullyŌĆÖ and that she called the Bar aboutŌĆØ his behavior.

After his incident, the Referee recommended a three-year suspension to happen after his three-year timeout concluded. However, FloridaŌĆÖs Supreme Court decided it had seen enough and agreed with the state bar. They stated, ŌĆ£Disbarment is appropriate when a lawyer ŌĆ” has been suspended for the same or similar misconduct, and intentionally engages in further similar acts of misconduct. ŌĆ” RatinerŌĆÖs intentional and egregious misconduct continues to demonstrate an attitude that is wholly inconsistent with professional standards, and there is no indication that he is willing to follow the professional ethics of the legal profession.ŌĆØ

Ratiner is a University of Miami School of Law graduate that was admitted to the stateŌĆÖs bar in 1990.

Do you think Ratiner should have been punished more severely after the first incident? Share your thoughts with us in the comments below.

To learn more about disbarred attorneys in Florida, read these articles: