Got a tip?
Home » Legal News » Man Arrested for Sending Powder-Filled Envelopes to Trump Jr. and Others 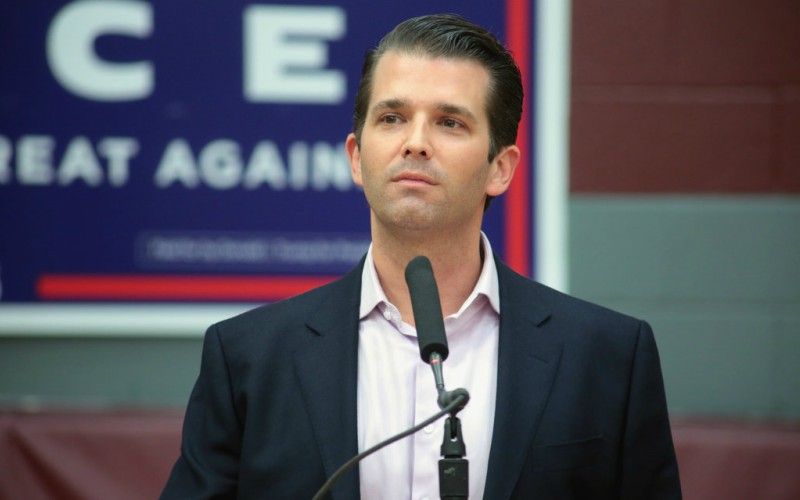 Summary: A 24-year-old has been arrested for sending envelopes to multiple people that were filled with a white powdery substance.

According to the authorities, a man has been arrested in Boston in connection to envelopes filled with white powder that were mailed to several notable public figures. Federal prosecutors in Boston said that 24-year-old Daniel Frisiello mailed five envelopes, one of which went to the Manhattan apartment of Donald Trump Jr. and his wife Vanessa. Another letter was intended for the actor and California congressional candidate Antonio Sabato Jr.


Frisiello was picked up while he drove to work Thursday morning. He is supposedly cooperating with the investigation. The white powder inside the envelopes was found to be harmless but it was worrisome for the recipients as the letters sent with the powder were filled with violent insults.

The letter to Trump Jr. stated, as reported by NBC New York, ‚ÄúYou are an awful, awful person. I am surprised that your father lets you speak on TV. You the family idiot. Eric looks smart. This is the reason why people hate you. You are getting what you deserve. So shut the f*** up.‚Äù

Vanessa Trump was the one to open the letter with a postmark from Boston. The 40-year-old called for help, reporting that she was nauseous and coughing a lot. She was decontaminated at the scene as a precaution and then taken to the hospital for observation to be sure everything was fine. She was later released without any injuries and no one else was injured from the powder.


The three other letters went to Los Angeles federal prosecutor Nicola T. Hanna, Stanford law professor Michele Dauber, and Michigan U.S. Senator Deborah Stabenow. Each letter included a computer-printed, cutout note filled with certain opinions, some of which were political but not all.

U.S. Attorney Andrew E. Lelling said, ‚ÄúThese kinds of hoaxes may not cause physical harm but they scare the heck out of people because most of us recall the Anthrax mailings of the early 2000s, when five people were killed. These hoaxes are easy to pull off ‚Äì all you need is an envelope, a stamp and a white powdery substance. So you‚Äôll see this office aggressively purse these kinds of cases.‚Äù


Frisiello‚Äôs social media postings in addition to items found in his garbage indicated he was responsible for the letters. He allegedly ordered a ‚Äúglitter bomb‚Äù to be sent to Dauber. Prosecutors said the message in the glitter bomb was similar to the white powder messages. Frisiello made it even easier to catch him with this bomb because federal agents were able to find his information from the company he ordered the glitter bomb from.

Trump Jr. tweeted, ‚ÄúTruly disgusting that certain individuals choose to express their opposing views with such disturbing behavior.‚Äù He and his wife tweeted that they were grateful to be safe and unharmed from the ‚Äúincredibly scary situation.‚Äù

The Trump family is no stranger to mysterious mailings and threats. Trump Jr.’s brother Eric received a letter with white powder in March of 2016. After police detectives and FBI agents investigated the letter, they determined the powder was harmless. The Trump Tower also received envelopes with white powder twice in 2016.

Do you think threats like this should be prosecuted severely or are they harmless? Share your thoughts with us in the comments below.

To learn more about the Trump family, read these articles: