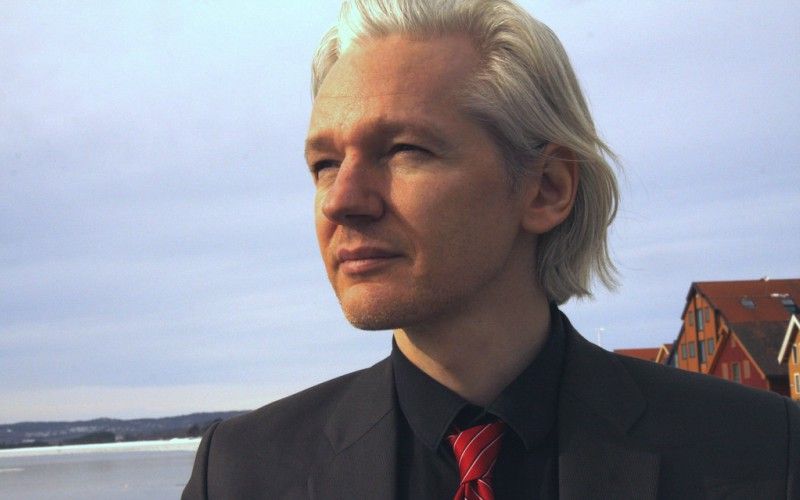 Summary: As Julian Assange hides out in the UK Ecuadorian embassy, his request to have legal actions against him dropped was refused by a judge.

WikiLeaks founder Julian Assange has been living in the Ecuadorian embassy in London for six years. After skipping bail for sex charges out of Sweden by going to the foreign embassy, Assange has been unable to fight the charges against him by leaving the embassy for fear of being arrested by British police, according to the U.S. News.


A British judge refused requests to halt the proceedings against him. He was going to be sent to Sweden to face charges of sex crimes. Even though those charges have since been dropped against him, Assange still broke the terms of his bail for that case.

AssangeŌĆÖs lawyers argued that the UK should give up on his case due to public interest issues, but Senior District Judge Emma Arbuthnot noted, ŌĆ£The impression I have ŌĆ” is that he is a man who wants to impose his terms on the course of justice. He appears to consider himself above the normal rules of law and wants justice only if it goes in his favor.ŌĆØ

Assange blames all his legal woes on the fact that he released U.S. diplomatic and military secrets and confidential information on his website WikiLeaks. He fears that turning himself over to a U.S.-friendly country will result in an extradition to the U.S. He carries himself as a champion of free speech who opposes a governmentŌĆÖs abuse of power, but critics contend that his actions recklessly endangered the lives of many by exposing the confidential information.


A government official admitted to Reuters that federal prosecutors are still pursuing a criminal investigation against WikiLeaks with a grand jury out of Alexandria, VA. Arbuthnot dismissed AssangeŌĆÖs concerns about this by pointing out they could challenge an extradition to the United States on the basis of a fair trial or prison conditions. She said, ŌĆ£The courts would consider, with the assistance of Mr. AssangeŌĆÖs lawyers and expert witnesses, whether he should be extradited.ŌĆØ

Another big reason that Arbuthnot refused to halt the legal action against Assange is to respect public confidences in the criminal justice system. She fears that the public may question the system should Assange be able to beat an arrest warrant by avoiding the police.


Assange is complaining of his living conditions inside the Ecuadorean embassy, saying his first-floor apartment has no sunlight causing depression, respiratory infections, dental problems and a frozen shoulder. He argues that his confinement is not fair but Arbuthnot replied, ŌĆ£Firstly, he can leave the embassy whenever he wishes. Importantly for a man who spends a great deal of time on his computer, he is free to use multi-media, whether his computer or a mobile phone, in a way that prisoners are not allowed to do.ŌĆØ

Assange claims the judge based their ruling on ŌĆ£significant factual errors,ŌĆØ which may factor into if Assange appeals the decision. He has three months to decide.

Do you think Assange should just face his legal problems and leave the Ecuadorean embassy? Share your thoughts with us in the comments below.

To learn more about WikiLeaks, read these articles: