Got a tip?
Home » Celebrity News » Judge Tells Richard Simmons That Being Called Transgender Is Not Defamation 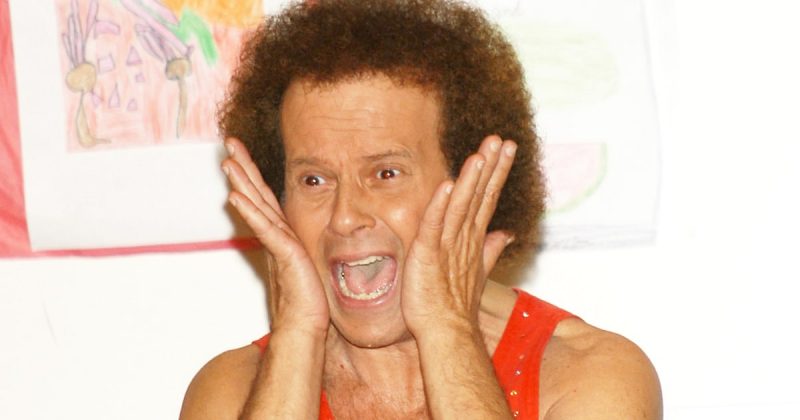 A Los Angeles-based judge told Richard Simmons on Wednesday that the court would not legally recognize hatred for transgender people. In a blow to Simmons, Judge Gregory Keosian issued a temporary ruling in favor of The National Enquirer, stating that the fitness guru could not sue a publication for defamation because they incorrectly identified him as transgender.


This summer, Simmons filed his lawsuit against┬ĀThe National Enquirer, Radar Online,┬Āand American Media┬Āafter the tabloids published a series of articles claiming that he had a male-to-female sex-change. In the pieces, they claimed that he had been missing for months because he was getting surgery and that he had told friends to call him “Fiona.”

Simmons denied the allegations in his defamation lawsuit, and┬Āon Wednesday, Judge Keosian said that Simmons didn’t have a case because being transgender was not inherently shameful,┬ĀThe Hollywood Reporter┬Āsaid.

Simmons called the transgender articles “cruel and malicious” and infringed on his right to “not be portrayed as someone he is not.”


American Media filed an anti-SLAPP motion to dismiss Simmons’ complaint, and it said that the publications were protected by the First Amendment and that statements that someone is transgender are not harmful to someone’s reputation and therefore not defamation.

In California, anti-SLAPP (Strategic Lawsuit Against Public Participation) laws exist to stop frivolous lawsuits that could stifle free speech. According to┬ĀThe Hollywood Reporter, “it was undisputed that Simmons is a public figure and writing the article about him qualifies as a protected activity under the anti-SLAPP statute.”


Judge Keosian said that for Simmons to win a defamation case he would need to prove an injury to one’s reputation, not just emotional distress.

“[A]lthough it is true that Simmons would not need to introduce any evidence of reputational damage to proceed in a defamation cause of action seeking only the emotional damages caused by the allegedly defamatory statement, Simmons must be able to show, as a threshold matter, that the allegedly defamatory statement on its face was the type of statement that would ‘naturally tend’ to injure oneŌĆÖs reputation,” Keosian wrote.

Keosian added that “immutable characteristics” such as being transgender may be disliked by some populations but that identifying those traits was not defamation. He said that the courts would “not validate those prejudices by legally recognizing them.”

“This court finds that because courts have long held that a misidentification of certain immutable characteristics do not naturally tend to injure oneŌĆÖs reputation, even if there is a sizeable portion of the population who hold prejudices against those characteristics, misidentification of a person as transgender is not actionable defamation absent special damages,” wrote Keosian.

Simmons’ attorney, Rodney Smolla, said that transgender people did not have the same protections as those of minority races and that being called transgender exposed the fitness star to “diminishment of his dignity.”

ŌĆ£There are giant segments of society in this country who endorse the kind of prejudice and hatred and shunning of transgender persons in a way that is dramatically different than the way we treat race in this country,ŌĆØ Smolla said.

Simmons’ other attorney Neville Johnson, added that the tabloids had “made [the story] up entirely” and that when someone knowingly publishes falsehoods it is to harm another person.

AMI attorney Kelli Sager countered that this case was invalid because “falsity is not enough. It has to be defamatory. Bigotry and prejudice aren’t the same thing as defamation.”

The Hollywood Reporter┬Ānoted that all cases dismissed under the anti-SLAPP statute are automatically eligible for appeal and that this case could continue.

What do you think of this case? Let us know in the comments below.