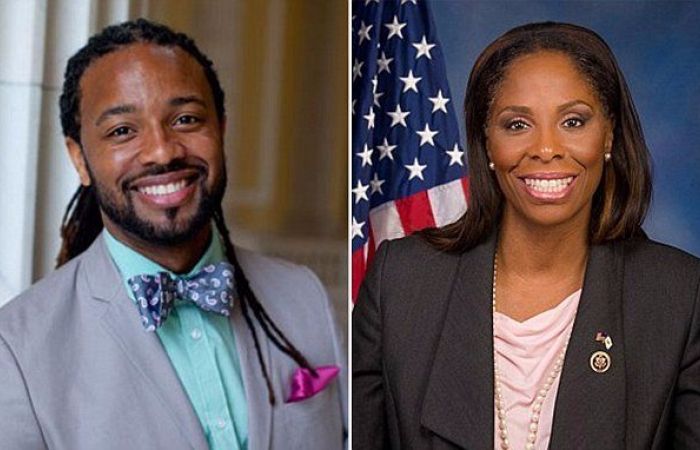 Summary: A former congressional staffer for a U.S. Virgin Islands delegate was indicted for stealing nude photos from her phone when he had offered to help fix it.

A former congressional staffer was charged with spreading nude and embarrassing photos of his boss, a U.S. House of Representatives delegate for the U.S. Virgin Islands. The court documents allege that Juan McCullum offered to help Del. Stacey Plaskett fix her phone.


McCullum took the ŌĆ£private, nude images and videosŌĆØ from her iPhone when he offered in March 2016 to ŌĆ£assist her in repairing her malfunctioning, password-protected cellular phone by taking her iPhone to a local Apple store.ŌĆØ He worked for her office from April 2015 to June 2016.

A few months later in July, he created a fake email account and sent at least ten emails with the images attached to the media, other politicians, and people Plaskett knew. He also posted the images onto a fake Facebook account. He tried to claim a video was a sex tape to the media but it was not.

The indictment against the 35-year-old includes two counts of cyberstalking. The indictment states that McCullum sent text messages and emails to another staffer ŌĆ£alerting her to his activities as early as July 2, 2016, as well as e-mail messages containing several of the images and videos.ŌĆØ


The other staffer is listed as Dorene Browne-Louis, who has also been charged with obstruction of justice for misleading law enforcement and deleting text messages she received from McCullum. She worked for PlaskettŌĆÖs office from January 2015 to April 2016 as a scheduler and administrative director.

Plaskett said in a statement, ŌĆ£Last year, my privacy was invaded, which was followed by an organized smear campaign and defamatory press reports concerning both me and my family. I was informed today that preliminary arrests had been made of individuals who were involved in those illegal acts. I am deeply grateful to the Capitol Police and US Attorney for the District of Columbia for their thorough and in depth investigating of the crimes committed against me and those I love.ŌĆØ She continued, ŌĆ£While we continue to be saddened by the damage we suffered as a result of those egregious acts, my family is also incredibly thankful to the people of the Virgin Islands who have shown us tremendous care, sensitivity and love throughout this ordeal.ŌĆØ


PlaskettŌĆÖs aide told CNN last year that the images included a topless photo of her and an ŌĆ£innocentŌĆØ video of her husband wearing makeup and playing with their daughter.

McCullum referred to himself in an interview in 2015 as the general counsel to Plaskett. The interview by ŌĆ£The HillŌĆØ was discussing his recent recognition as one of the ŌĆ£50 most beautiful peopleŌĆØ in politics. He mentioned he spent time on the reality TV show on VH1, ŌĆ£I love New York.ŌĆØ He told the paper that he was not embarrassed by his time on the show, adding ŌĆ£ItŌĆÖs part of my journey in life.ŌĆØ He was known as ŌĆ£prettyŌĆØ on the show.

His first court appearance is not yet scheduled. The charge carries a maximum of five years behind bars.

Browne-Louis pled not guilty to her charges in district court.

Do you think McCullum was just trying to get famous? Tell us in the comments below.

To learn more about others that have had their nude photos leaked online, read these articles: